The Zisa palace and garden (or castle and park) were built by two Norman Kings of Sicily (William I and William II) in Palermo in the twelfth century. The garden, known as the Genoard, was very famous and, like the Alhambra, is one of the possible links between Islamic civilization and the Italian Renaissance. The Genoard had water tricks and games of the kind which became popular in Italy. Their origin is traced to the Arabic Book of Mechanical Devices (AD 1206) written by Ibn al-Razzas al-Jazari of Diyarbakir in Eastern Turkey. The name Genoard (or Gennoardo) derives from the Arabic Jannat al-Ard (or Gennat al-Ard), meaning 'Earthly Paradise' or 'Paradise on Earth'.

In the early twentieth century a quasi-Islamic garden was made in front of the Zisa palace. It has some pools and fountains and cascades but they are not intended to be a re-creation of an early-medieval garden. The idea was simply to create a tourist attraction for Palermo. 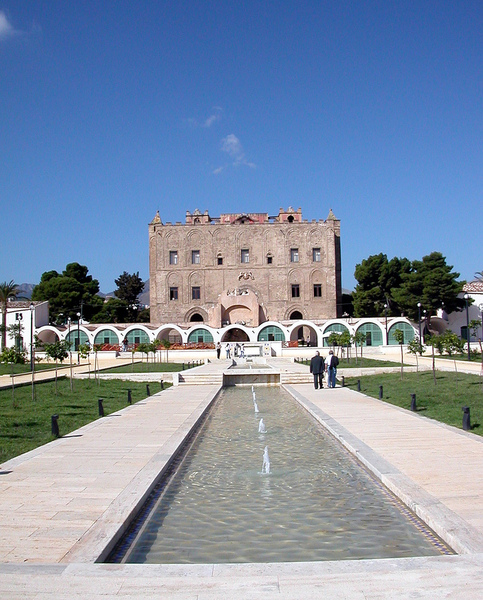