The name Monreale is an abbreviation of monte-reale ("royal mountain") and comes from a palace built on the site by a former king of Sicily. The Normans conquered the island in 1068 and began a number of great buildings which show Eastern and Western influences. The Cathedral of Monreale was begun in 1174 (by William II) and the cloister, completed c1200, is one of the best preserved and most splendid cloisters in Italy. The internal space is now managed in the style of a renaissance garden - which is not likely to have been the original treatment. 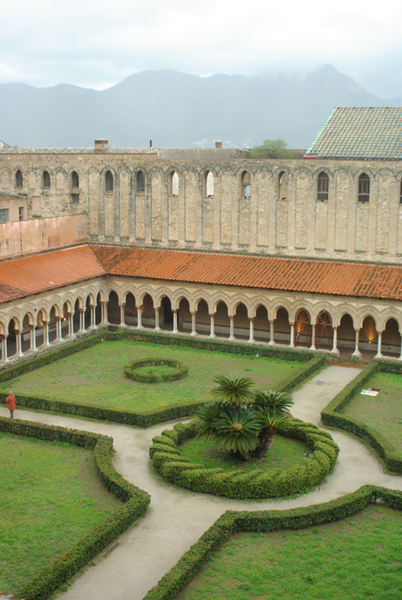