Until abandoned, Vijayanagara was one of the greatest royal cities in India (the 'Delhi of South India'). It covered an area of 33 sq km and had seven rings of forticications. Widows were burned on funeral pyres (sati). There were sacred prostitutes in the temples. Set in a boulder-strewn landscape, the city was built partly in stone, after contact with Arabs, and thus has the oldest remnants of Indian palace building. The site was densely built with many small courts on the mardana pattern and baolis. An octagonal fountain and ritual bathing tanks (including the Queen's Bath) survive. It seems likely that, as at Varanasi, people were dressed for ritual washing. The Vittala Temple, one of India's World Heritage sites, has a courtyard with an image of Garuda. See also Vijaynagara landscape. 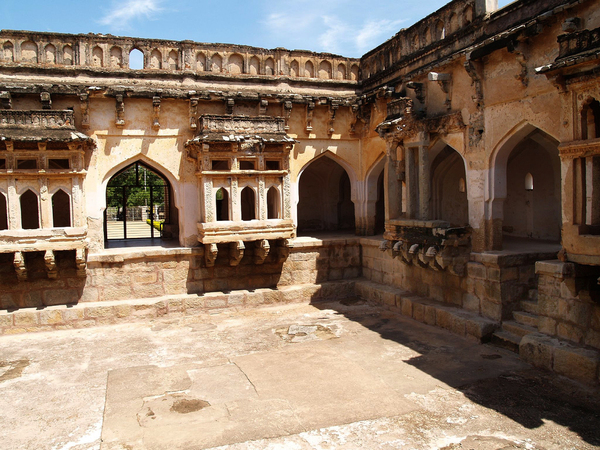 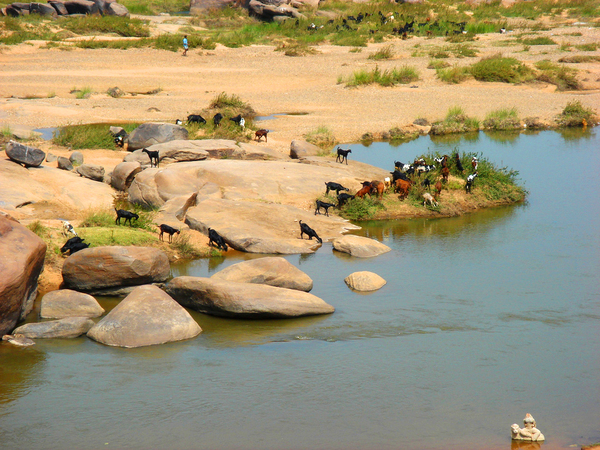 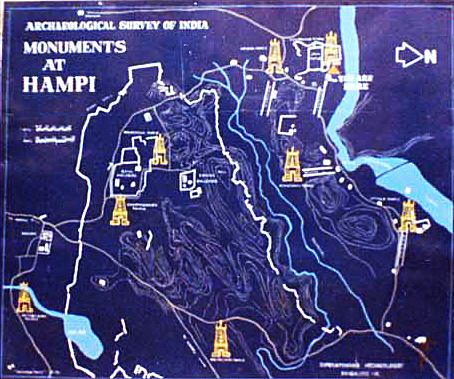