Varanasi is a place of great interest to landscape and garden designers. To Hindus, he land of India is the body of the mother earth (Devi). She is worshiped at sacred places, particularly where rivers join and land meets water. Varanasi is the holiest city in India - the land between the River Varuna, the River Assi and the River Ganges. The city faces east, so that dawn rises over the water, symbolising endless re-birth. Wonderfully sophisticated flights of steps, the bathing ghats, descend into the water from the palace facades of the old city. The river edge, rising during the monsoon and falling thereafter, symbolises the border between life and death, organic and inorganic, human and the divine. The deepest realities are given symbolic form by a designed landscape with an obvious relationship to the stepwells (baolis) which made life possible in pre-modern India. Some of Varanasi's riverside palaces can be visited. Chet Singh's palace, above Chet Singh Ghat, has mughal pavilions and chhatris overlooking the Ganges instead of a charbagh. Raja Jai Singh II's Observatory, on the rim of his palace chowk, also overlooks the Ganges. 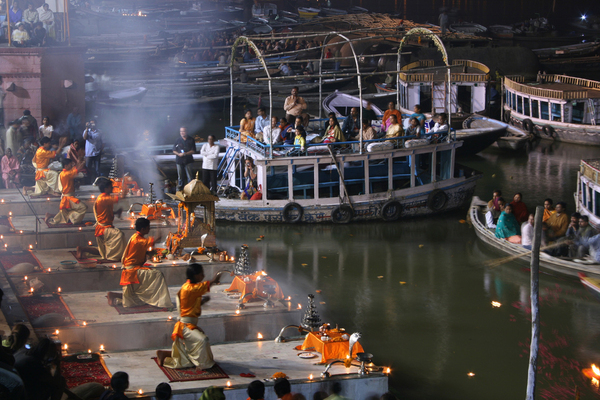 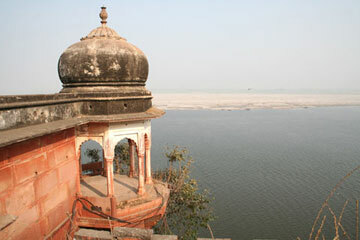 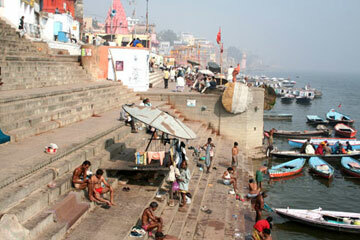