Uruk is one of the world's cities and is believed to be the capital city described in the Epic of Gilgamesh. The Uruk Period of the cities greatness was 4000-3200 BCE). Gilgamesh described his city as being 'one third gardens' and it is likely that they were date palm orchards on the low land between the base of the tell and the city wall. This land was watered by irrigation canals. 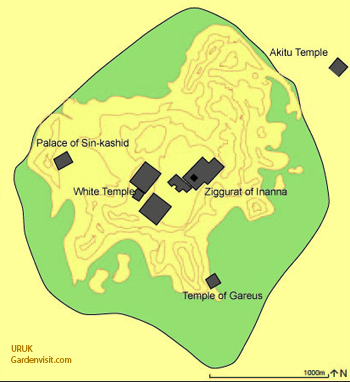 The city of Uruk stood on a tell (a man-made hill formed by placing new buildings on the decayed mud bricks of older buildings). The higher land was used for temples and the lower land between the base of the tell and the city wall was probably used for productive gardens. The land around Uruk, now a barren desert, was irrigated and cultivated during the period of its occupation. 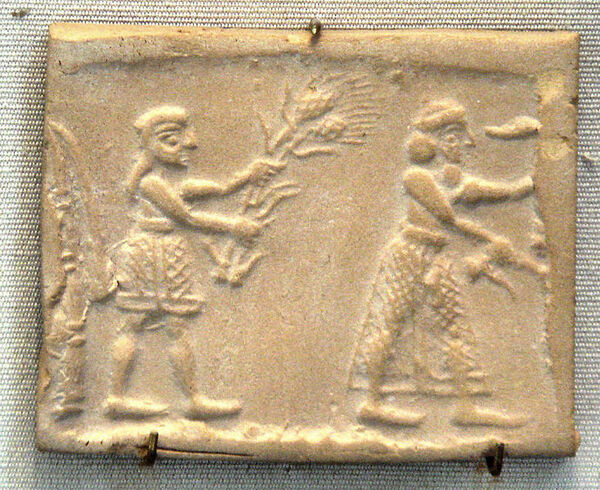