Catherine the Great commissioned the first landscape park in Russia (c 1770). It is separated from an older baroque garden (c1750) by a covered walk known as the Cameron Gallery. From it, Catherine could look out on the old and on the new. She was a German Princess who, in 34 years as Empress of Russia (1762-96), worked to modernize and westernize the country. Politically, she was an enlightened autocrat who questioned and then extended the practice of serfdom. Sexually, she favoured young men. Culturally, she had a liberal enthusiasm for the enlightenment. Diderot and many artists were invited to her court. Catherine's enthusiasm for English gardens, after 1770, became a mark of her liberalism. She employed a German-born English-trained landscape designer (John Busch for the park. For the buildings she employed a Russian, who she sent to England, and a Scotsman, Charles Cameron, who married Busch's daughter. The setting of the Palladian Bridge was inspired by Stowe. There are excellent Chinese pavilions and a Chinese Village. Since it was made for an Empress, Tsarskoe Selo has an opulent grandeur uncommon in landscape parks. The Orlov Column, in the lake, commemorates one of Catherine's lovers. Tsarskoe Selo means "Royal Village". The park was given the name Pushkin by the soviets, in 1937, to mark the hundredth anniversary of Russia's greatest poet, who had known the park as a boy and later had a nearby dacha. There are in fact two palaces and two parks, named after Catherine and her grandson, Alexander. The family of Russia's last Tsar, Nicholas II, lived in the Alexander Palace before their exile and execution in 1917. Despite Catherine's modernizing liberalism, Tsarskoye Selo became their Versailles. 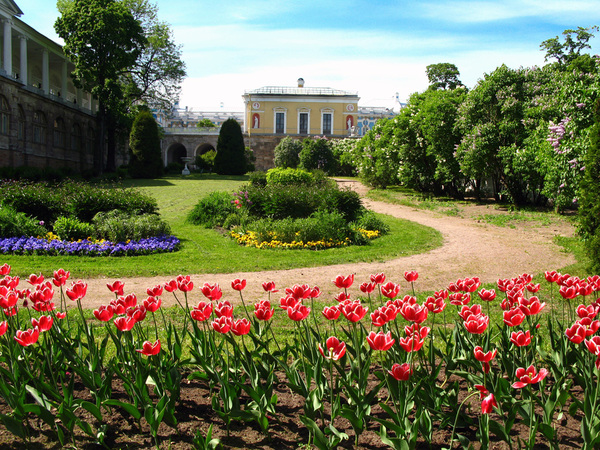 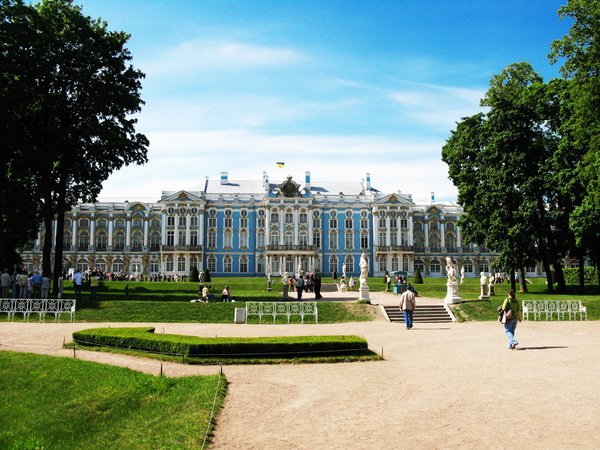 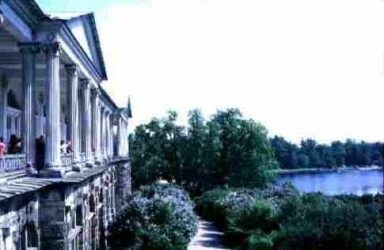 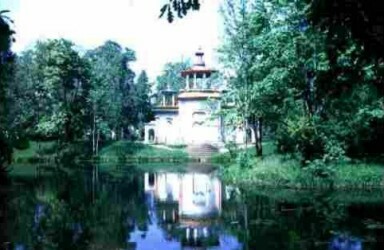 Daily. Palace open Wednesday to Monday (but closed last Monday in each month).