Russia's other great landscape park is 3 km south of Tsarskoe Selo. It was designed by Charles Cameron for Catherine the Great's son, Grand Duke Pavel. His German wife, Sophie of Wurttemberg-Stuttgart, became the chief influence on the estate and changed her name to Mariya Fyodorovna. While the Grand Duke resented his mother's involvement with the project, the Grand Duchess came to adore the place. The Temple of Friendship was built to please her mother-in-law and was the first of some sixty garden buildings in an immense park (1,000 ha). Lakes were dug. The River Slavyanka was damed and bridged. The Apollo Colonnade was made into a real ruin by a great storm in 1817. There is a Temple of the Three Graces, a thatched dairy, a hermits cell and a Mausoleum for the Emperor Paul, a small-minded tyrant. The park is accessible by train and has long been popular with the residents of St Petersburg. Loudon, quoted below, visited Pavlovsk in 1812 and judged it the best design of its type in Russia. He suggests 'Brown furnished a design', but the profusion of buildings in diverse styles make it likely that Cameron was influenced by Stourhead and other Augustan projects. The hunting park, north of the river, has a Baroque network of avenues. 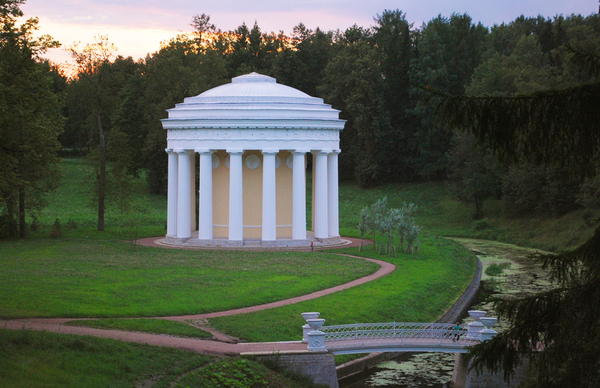 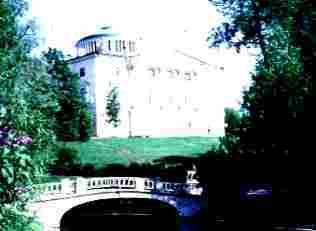 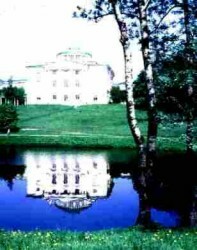