The Cloisters Museum and Gardens, a branch of The Metropolitan Museum of Art, is devoted to the art and architecture of medieval Europe. It incorporates architectural elements from both domestic and religious structures dating from the 12th to 15th century and includes four cloisters, three of which contain gardens. The cloister garth has been planted with medieval plants, which would not have been the case in a medieval monastry (they would have been grown within the monastery grounds but not in the cloister). Cuxa Cloister, the main ornamental garden, is divided into quadrants by crossed paths. Designed as a monastic garth garden, with a fountain at its center, it includes modern cultivars as well as medieval species. The Bonnefont Cloister garden is home to many species of herbs known in the Middle Ages. They are grown in raised beds according to use in medicine, magic, cooking, and arts and crafts. The Trie Cloister, in which the Museum's café is situated, also contains a garden with a central fountain and a display of plants native to the fields, woodlands, and streambanks of medieval Europe. The fourth, St. Guilhem Cloister, is the setting for a display of acanthus and other medieval species in pots. In the winter, potted plants, many of them fragrant, remain on display in several cloisters. The Museum is decorated with evergreens, herbs, and fruits from early December until mid-January. 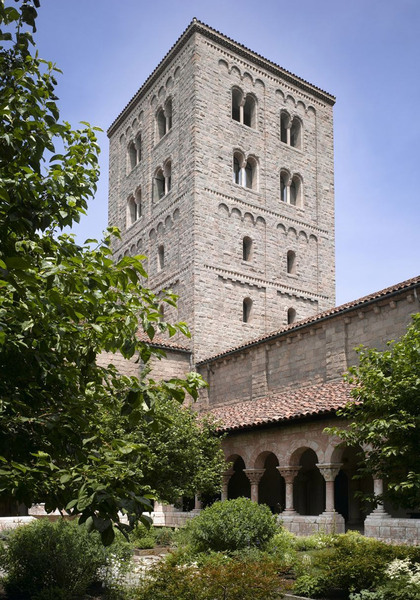 View of the tower overlooking the gardens and cloister from the Benedictine monastery of Saint-Michel-de-Cuxa, near Perpignan, France, The Metropolitan Museum of Art, The Cloisters Collection 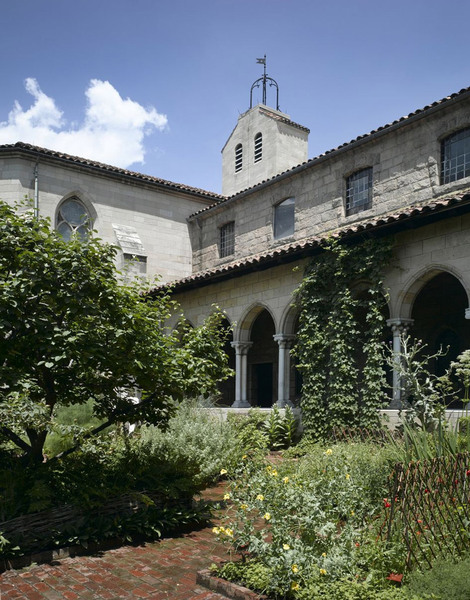 View of the gardens and cloister from the Cistercian abbey at Bonnefont-en-Comminge and other nearby monasteries, France, late 13th or early 14th century, The Metropolitan Museum of Art, The Cloisters Collection 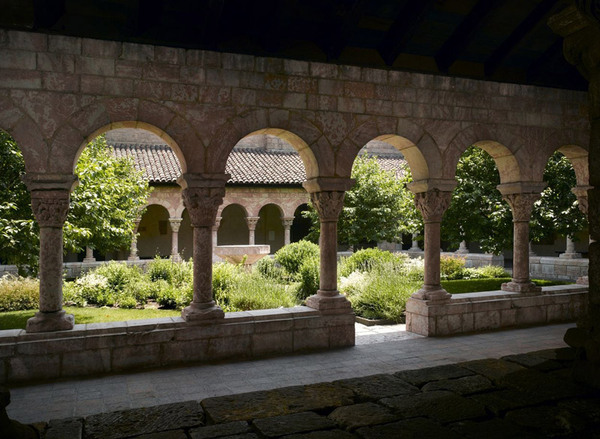 View of the gardens and cloister from the Benedictine monastery of Saint-Michel-de-Cuxa (San Miguel de Cuixà), The Metropolitan Museum of Art, The Cloisters Collection

All year (except holidays), Tuesday to Sunday, Open 9.30am to 5pm