Taipingqiao Park in Central Shanghai is a fine example of an early twenty-first century Chinese park, built in an amazingly short time (6 months!) in 2001. It is part of a 52 ha redevelopment planned by SOM, an American firm of architects and landscape architects. The park is built of top of an underground car park with 200 spaces. Curving steps form one edge of the lake, reminiscent of the surging coping on a traditional dragon wall. The flowers on the facing edge of the lake look as though they might not have part of the original design, but they are popular and decorative. Fountains are particularly welcome in the heat of a Shanghai summer. 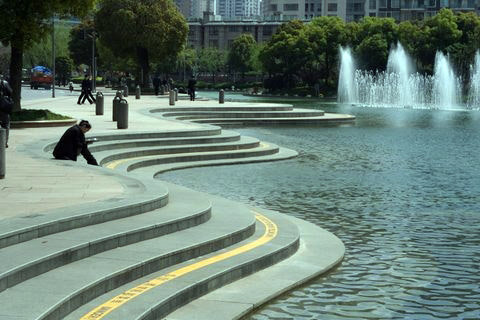 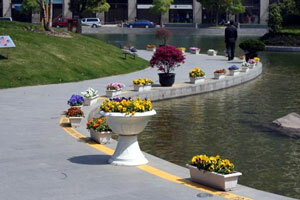