The Sukh Mahal is built on the dam wall of a lake and is now used as a museum. It is a beautiful site, with a fascination resulting from its sometime use by Rudyard Kipling when writing Kim. Kipling was an imperialist with a great love of India. His novel 'embodies a panoramic celebration of India, presenting as it does, a magnificent picture of its landscapes, both urban and rural, and a fascinating array of native characters who, for the most part, are warm, generous and tolerant.' (Ian Mackean). The Sukh Mahal is placed between two worlds. It has woods to the rear and behind these woods the romantic old town of Bundi with its famous baolis (including the Raniji-ki-Baoli and the Nawal Sagar). But the Sukh Mahal (pleasure palace) looks north over the lake. It is a relatively cool location with a marble chair from which to enjoy a view of the lake, chhatris, woods and hills. Kim was brought up in an old town and found himself as a spy in the hills of north-west India. 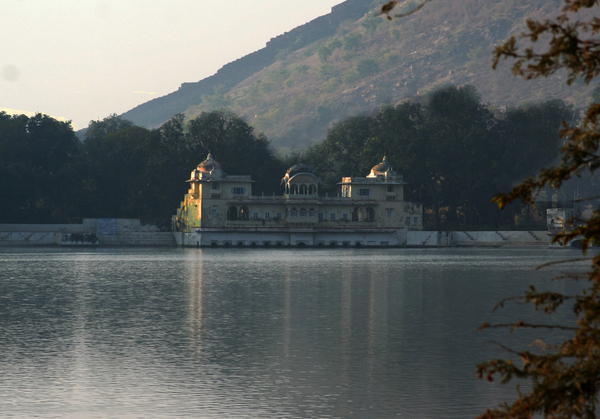 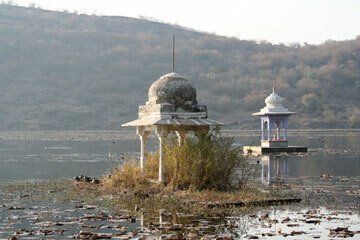 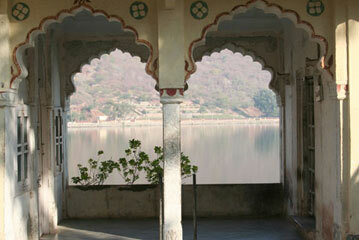