This garden, made for the 'mad' 'King Ludwig II of Bavaria, is a choice German example of the romantic enthusiasm for mixing national styles. After a lonely youth, Ludwig turned to fantasy, dreams, historical epics and wild buildings. His castle at Neuschwanstein is justly famous. It parodies European castle-architecture, just as Linderhof parodies palace-architecture. Ludwig, wanting to be an absolute monarch, thought of naming the place 'Meicost Ettal', an anagram of Louis XIV's motto, 'L' Etat c'est moi'. Schloss Linderhof has a neo-Rococco style. The garden was designed by the Bavarian Royal Garden Director, Karl von Effner. The ancient lime tree, after which the estate is named, is near the southern terrace. Linderhof has a sunken parterre with a 'French'

'pond and fountain. Beside the Schloss, 'Italian' garden rooms and water steps lead to a gazebo. The adjoining park, in the 'English' style, makes imaginative use of a valley in the foothills of the, real, Alps. The Venus Grotto, inspired by Ludwig'

's love of Wagner, has a shell-throne, a coral table and a mural from Act I of Tannheuser. Hunding's Hut, twice destroyed and twice restored, was designed using the libretto from the Ring of the Nibelungen. Unquestionably, Linderhof is a product of the romantic movement. 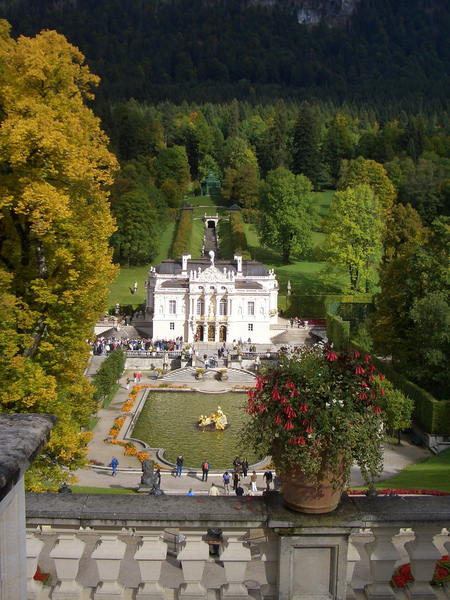 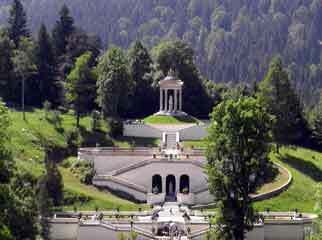 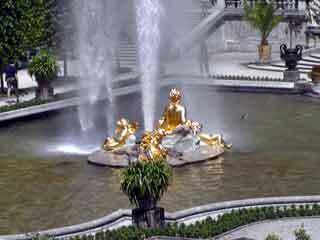 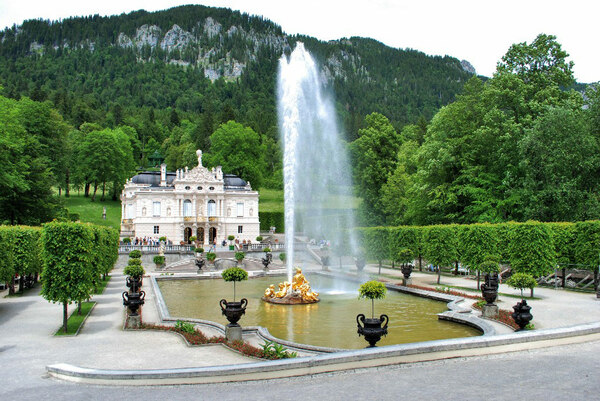 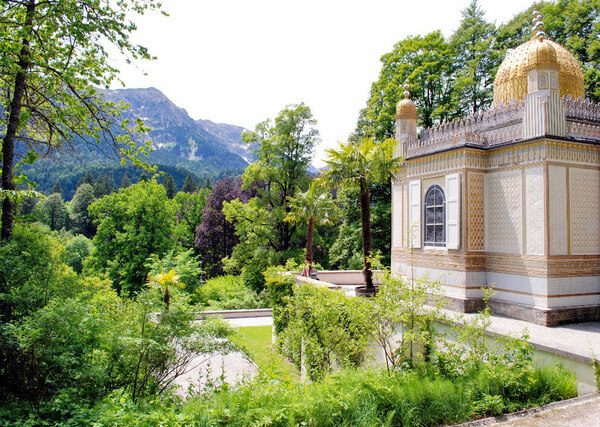 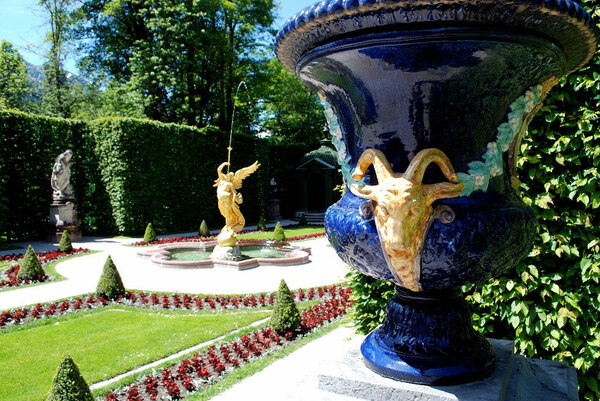 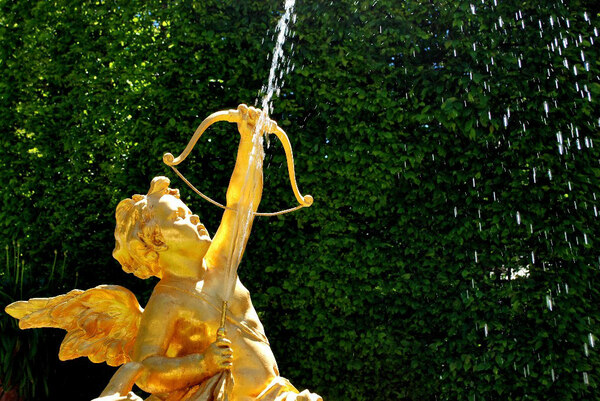