A castle built by William the Conqueror with additions down the centuries. The garden has seventeenth century terraces, huge yew hedges, a nineteenth century woodland garden, a circular rose garden and a 1960's wild garden.

Surrounding the castle & are some 12 acres of gardens largely following the foot print of the medieval castle. The vast 400 year old Elephant Hedge dissects the formal 17th century terraced gardens. The circular yew hedge stands on the site of the mot & bailey and provides shelter for the Rose Garden. Outside of which stands the new Room Garden created using Yew hedging, shrubs and herbaceous planting. Below the Castle is the beautiful 19th century Wild Garden replanted with advice from Kew Gardens during the early 1960s. Included in the gardens are many specimen trees & shrubs including the remarkable Handkerchief Tree. 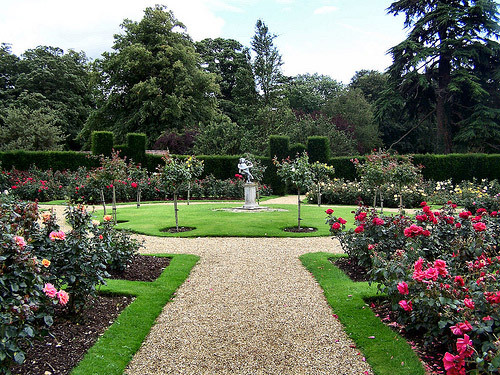 Easter to May: Sunday and Bank Holiday Mondays. Also open Tuesdays in June to September. Open 12pm to 5pm.