Polonnaruwa became a capital city in 1070 CE and is famous for the policy that every drop of rain should be used. An extensive irrigation system with channels and lakes was built. The largest tank is the  Parakrama Samudraya or the Sea of Parakrama, with an area of 2,600 hectares. The Indian monk, Mahinda, the son of King Ashoka, who brought Buddhism to Sri Lanka, preached at Polonnaruwa and a Nandana (or Naudana) garden was made here. UNESCO inscribed the site in 1982 and described it as a ‘fabulous garden-city’. The remains of a royal palace the Buddhist Quadrangle, with a Bodhi Tree shrine and a dagoba (stupa) survive. 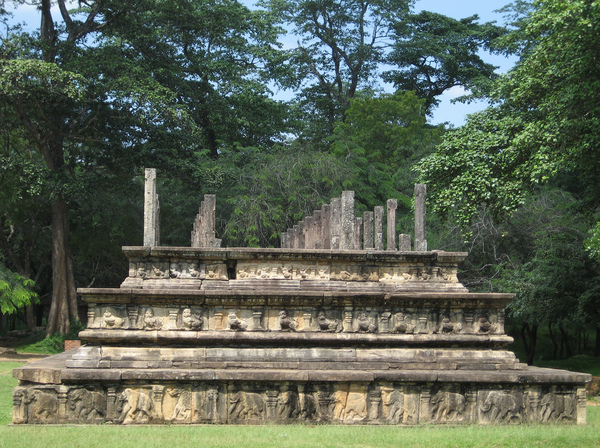