The park was designed for the Ibero-American Exposition which opened in 1929, though it had been planned for 1914. It was designed by Forestier, a french landscape architect. Many of the pavilions survive. The Plaza de Espania fronts onto a semicircular canal and a plaza. The combination of buildings in revivalist styles, with formal and informal geometry convey something of the flavour of the World Columbian Exposition of 1893 (the Chicago World Fair), designed by Frederick Law Olmsted. 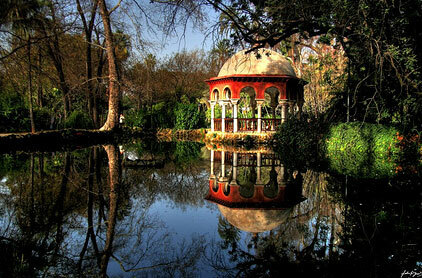