The palace of the Kings of Seville has the largest late-medieval garden in Europe. Seville was ruled by the Moors from 711 to 1248. After the Christian reconquest, their influence, and their craftsmen, created what became known as the Mudejar style (from an Arabic word meaning 'allowed to remain'). Peter I ruled from 1350-69. His Alcazar (fortress) garden was built upon Moorish remains and has typically eastern courtyards bounded by arcades and sequestered behind high walls. The oldest spaces are in and around the palace. We find small courtyards with glittering pools, fountains, and recessed seats. As in ancient Egypt, they give protection from the harshness of the outside world. Decorative grilles enhance lush views. There is a tank garden. The planting is of palm, cypress, myrtle, mulberries, magnolia, orange and lemon trees. Glazed and unglazed tiles are characteristic of arab building. When Seville was the richest city in Spain, during the sixteenth century, changes were made. The old garden spaces survived, but Charles V's designers were influenced by Renaissace styles when making a large labyrinth and a very fine pavilion (c1543). In spring, the orange trees drop their fruit and the ground smells of marmalade. A New Garden was made in the early twentieth century. Like Arts and Crafts gardens elsewhere in Europe, its designers drew upon the national style of the locality. The plan resembles a glazed tile. 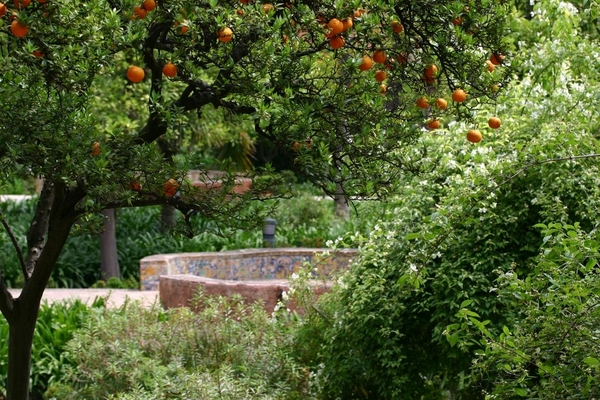 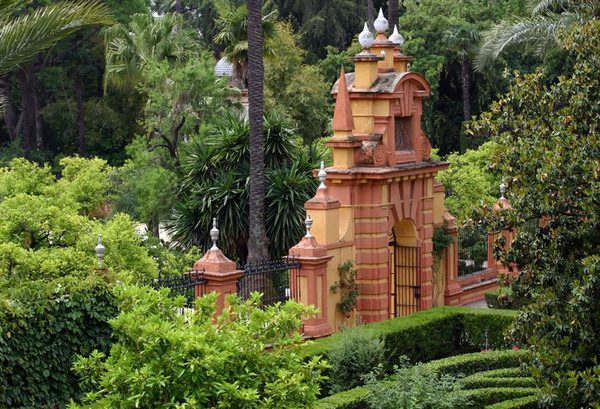 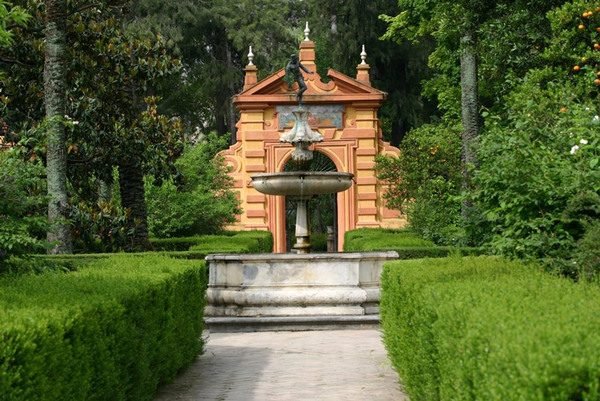 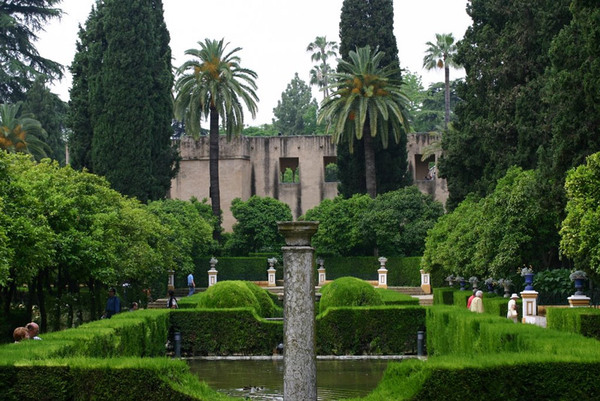 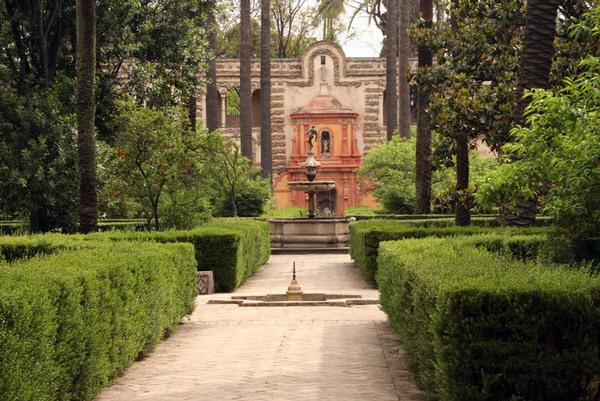