Caliph al-Mustasim founded a new capital at Samara in 836. It was abandoned in 883, by which time it covered over 50km. Ettinghausen and Grabar describe it as 'a palace the size of a city' and state that 'the ancient Near Eastern tradition of the royal 'paradise' was adopted by the Abbasids and sung by their poets' [Ettinghausen, R., Grabar, O., The art and architecture of Islam: 650-1250 (Penguin:1987) p.20].

The Balkuwara Palace has a series of courts on an axis. Elaborate doorways led from one court to another. Gothein's plan shows chahar bagh type crossing paths in the larger courtyards but (1) the courtyards have not been excavated (2) there is no sign of these lines on the aerial photograph (3) there are no crossing paths on the carefully research archaeological plan in Alastair Northedge's book The historical topography of Samarra (London : British School of Archaeology in Iraq, 2005). Mehdi Khansari and M. Reza Moghtader (in their book on Persian gardens, 1998) follow Gothein's plan - and should be questioned for the same reasons. 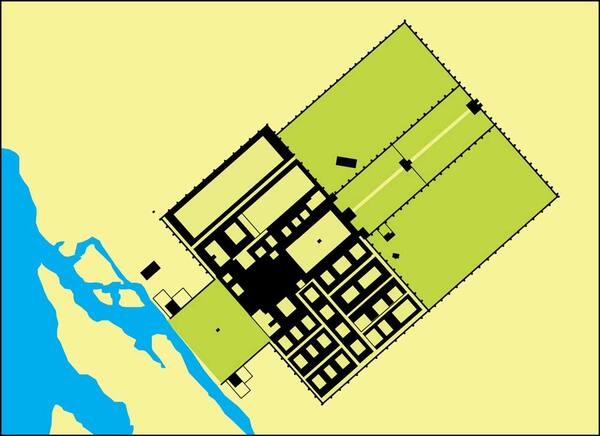 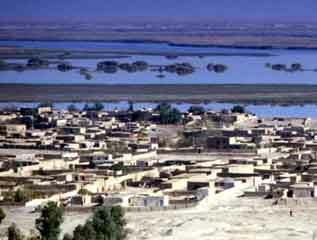