Max Emanuel's other park, 2 km from the centre of Munich, has a baroque heart. Like Schleissheim, it was designed by Zuccali and Girard with a great central canal, on which a gondola service used to operate. Canaletto painted the garden in 1761. At the end of eighteenth century, the baroque garden was fringed with a landscape park. The classical and romantic geometries work well together. The three elegant baroque pavilions once had geometrical gardens: the Pagodenburg (1716), the Badenburg (1719) and a hermitage known as the Magdalenenklause (1725). Now, they appear as temples in a landscape park. Max Emanuel's son added the Amalienburg in 1739. The landscape park was designed (c1800) by Germany's leading exponent of the landscape style: Ludwig von Skell. He has the credit of making an 'English garden' without destroying a baroque garden. A circular temple, the Monopetros, was added in 1865. The canals often freeze in winter and are used by skaters and curlers. North of the schlosspark one can visit Munich's Botanic Garden. 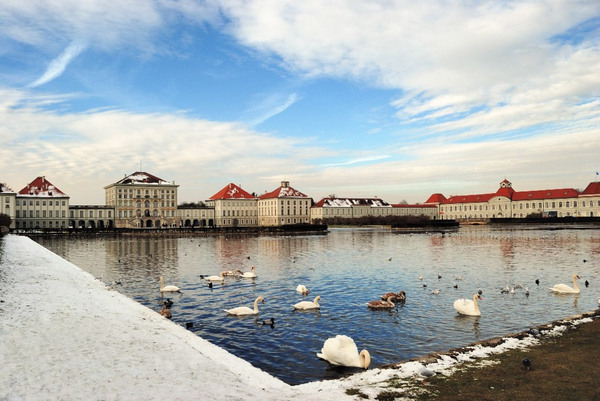 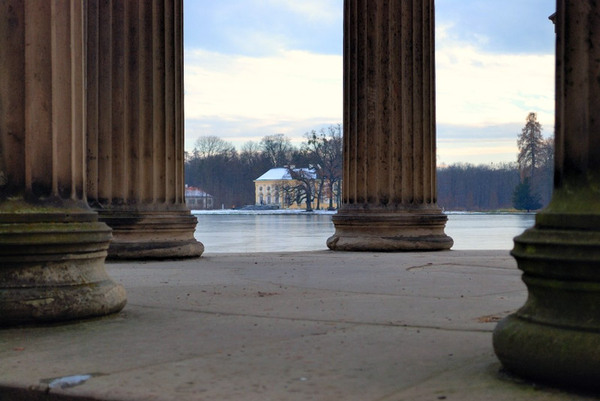 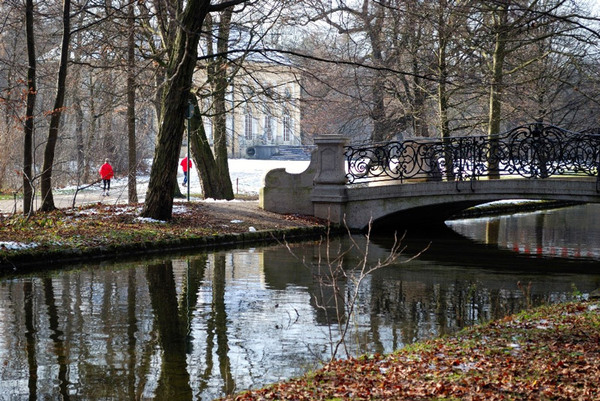 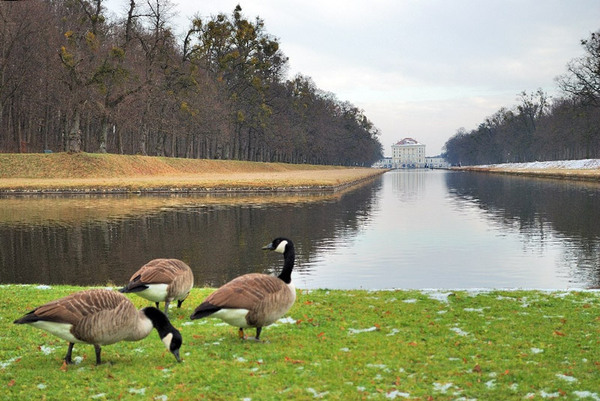 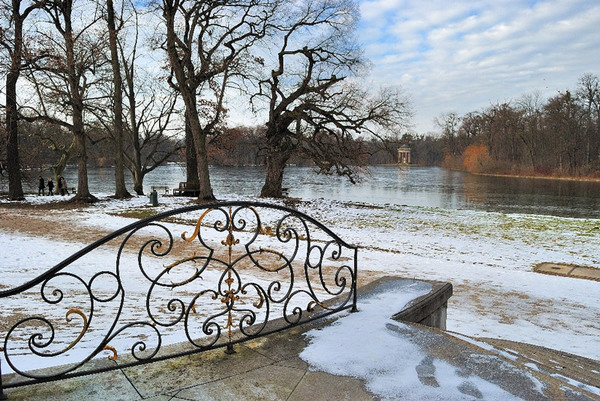 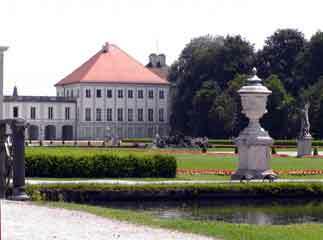 All year, Daily, 8am to dusk