The Hofgarten was formerly the court garden of the Residenz, a Mannerist palace complex built between 1570 and 1620 and extended in the eighteenth and nineteenth centuries. The palace and garden belonged to the Wittelsbachs who ruled the state from 1180 until 1918. From 1503 Munich was the capital of Bavaria. The Hofgarten is the first place to be named in T S Eliot's The Waste Land and is used to symbolise the dying courts of the Old Europe and the empty charms of the aristocracic life: Summer surprised us, coming over the Starnbergersee With a shower of rain; we stopped in the colonnade, And went on in sunlight, into the Hofgarten, And drank coffee, and talked for an hour. (lines 8-11) You can still shelter in the colonnade and, when the sun shines again, walk into the Hofgarten. It has a central pavilion dating from 1615, fountains, hedges and parterres. Starnberger See is a fashionable lake, 15 km south west of Munich. The rectangular bassin was filled in after the First World War, to be used as a war memorial. 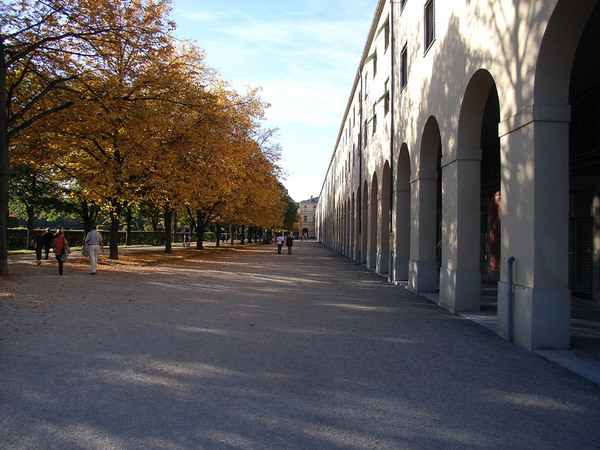 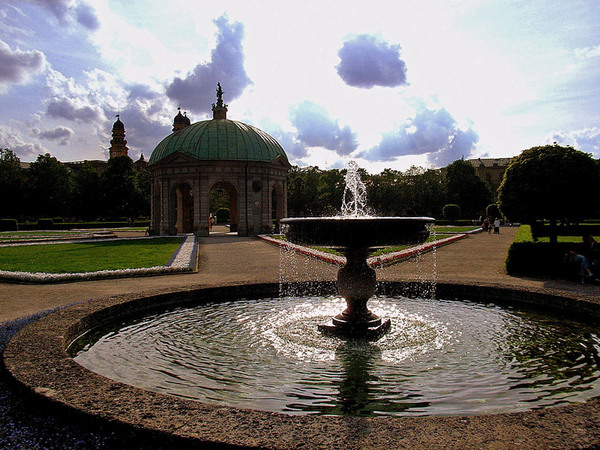 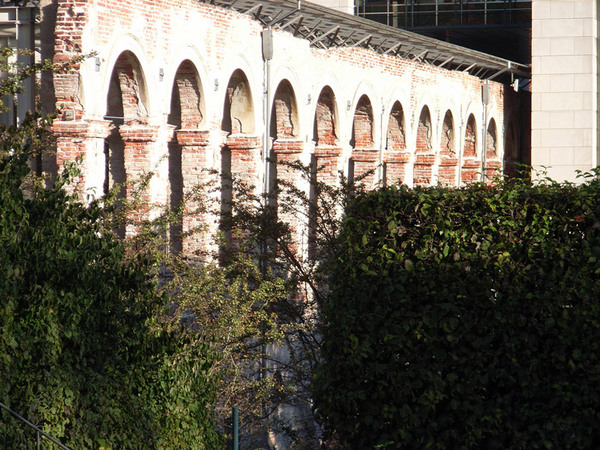