The Buddha stayed in Pavarika’s Grove at Nalanda for the Vassa 14 times and the place became a monastery and center of learning. It is seen as a university that closed before Oxford University was founded. English universities were also religious foundations. Other rainy seasons were spent in the Jetavana. Sariputta, a disciple, was born at Nalanda and uttered his ‘lion’s roar’ here stating his faith in the Buddha. The grove at Nalanda became, in effect, a large and famous university with 10,000 students and 2,000 teachers. It flourished from 427 CE to 1197 CE. There were dormitories, stupas, lakes and gardens. After being sacked by the Khiliji Turks it fell into disuse. Today, there are brick foundations and trees but 90% of the site remains unexcavated. Buddhism has a close association with gardens and groves. See note on Buddhism and Gardens and Videos on Buddhism, Gardens, Landscape Architecture and Environmental Ethics. 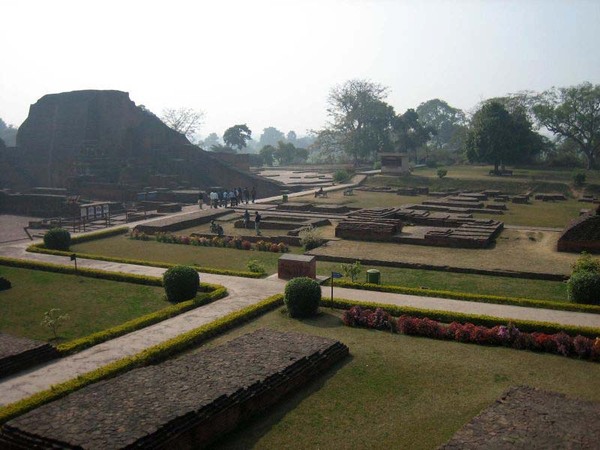