The house and garden which Sir William Temple admired have been replaced by a park designed by Lancelot Brown. It survives in reasonable condition and is now Moor Park Golf Course. The patron for the garden was its cultured and elegant owner, Lucy Harrington. The design was described by William Temple, who spent his honeymoon at Moor Park, and was clearly based on renaissance gardens in Italy and/or France. The photograph shows the west front with Palladian portico in a Brownian park. There is a modest Italian garden on the east front and in the absence of other evidence, it may be assumed that Lucy Harrington's house had a similar position and orientation - because it is both tempting and economical to position a new house where land has been levelled and building materials are to hand. If correct, the 'quarter all of greens', described by William Temple (below), would be on the west front and the terrace gravel walk would be on the east front. The land slopes to the east and Temple describes steps leading from the terrace to the parterre Temple writes that the hill 'ended with the lower garden'. It may be that garden archaeology will uncover accurate information.

William Temple's description of the garden at Moor Park is one of the most famous passages in the history of English garden design. It is a renaissance garden and was made for Lucy Harrington, Countess of Bedford.

The perfectest figure of a garden I ever saw, either at home or abroad, was that of Moor Park in Hertfordshire, when I knew it about thirty years ago. It was made by the Countess of Bedford, esteemed among the greatest wits of her time, and celebrated by Doctor Donne; and with very great care, excellent contrivance, and much cost; but greater sums may be thrown away without effect or honour, if there want sense in proportion to money, or if nature be not followed ; which I take to be the great rule in this, and perhaps in every thing else, as far as the conduct not only of our lives, but our governments. And whether the greatest of mortal men should attempt the forcing of nature, may best be judged by observing how seldom God Almighty does it himself, by so few true and undisputed miracles as we see or hear of in the world. For my own part, I know not three wiser precepts for the conduct either of Princes or private men, than

Servare modum, finemque tueri,/Naturamque sequi.
["To keep a just mean, to observe a just limit, and to follow Nature."--Lucan, ii. 381.]

Because I take the garden I have named to have been in all kinds the most beautiful and perfect, at least in the figure and disposition, that 1 have ever seen, I will describe it for a model to those that meet with such a situation, and are above the regards of common expence. It lies on the side of a hill (upon which the house stands) but not very steep. The length of the house, where the best rooms and of most use or pleasure are, lies upon the breadth of the garden, the great parlour opens into the middle of a terras gravel-walk that lies even with it, and which may be, as I remember, about three hundred paces long, and broad in proportion; the border set with standard laurels, and at large distances, which have the beauty of orange trees, out of flower and fruit: from this walk are three descents by many stone steps, in the middle and at each end, into a very large parterre. This is divided into quarters by gravel walks, and adorned with two fountains and eight statues in the several quarters; at the end of the terras-walk are two summer-houses, and the sides of the parterre are ranged with two large cloisters, open to the garden, upon arches of stone, and ending with two other summer-houses even with the cloisters, which are paved with stone, and designed for walks of shade, there being none other in the whole parterre. Over these two cloisters are two terrasses covered with lead, and fenced with balusters; and the passage into these airy walks is out of the two summer-houses, at the end of the first terras-walk. The cloister facing the south is covered with vines, and would have been proper for an orange-house, and the other for myrtles, or other more common greens; and had, I doubt not, been cast for that purpose, if this piece of gardening had been then in as much vogue as it is now.

From the middle of the parterre is a descent by many steps flying on each side of a grotto that lies between them (covered with lead, and flat) into the lower garden, which is all fruit-trees, ranged about the several quarters of a wilderness which is very shady; the walks here are all green, the grotto embellished with figures of shell-rock-work, fountains, and water-works. If the hill had not ended with the lower garden, and the wall were not bounded by a common way that goes through the park, they might have added a third quarter of all greens; but this want is supplied by a garden on the other side the house, which is all of that sort, very wild, shady, and adorned with rough rock-work and fountains.

This was Moor-Park when I was acquainted with it, and the sweetest place, I think, that I have seen in my life, either before or since, athome or abroad; what it is now, I can give little account, having passed through several hands that have made great changes in gardens as well as houses; but the remembrance of what it was is too pleasant ever to forget, and therefore I do not believe to have mistaken the figure of it, which may serve for a pattern to the best gardens of our manner, and that are most proper for our country and climate.

What I have said, of the best forms of gardens, is meant only of such as are in some sort regular; for there may be other forms wholly irregular that may, for aught I know, have more beauty than any of the others; but they must owe it to some extraordinary dispositions of nature in the seat, or some great race of fancy or judgment in the contrivance, which may reduce many disagreeing parts into some figure, which shall yet, upon the whole, be very agreeable. Something of this I have seen in some places, but heard more of it from others who have lived much among the Chineses; a people, whose way of thinking seems to lie as wide of ours in Europe, as their country does. Among us, the beauty of building and planting is placed chiefly in some certain proportions, symmetries, or uniformities; our walks and our trees ranged so as to answer one another, and at exact distances. The Chineses scorn this way of planting, and say, a boy, that can tell an hundred, may plant walks of trees in straight lines, and over-against one another, and to what length and extent he pleases. But their greatest reach of imagination is employed in contriving figures, where the beauty shall be great, and strike the eye, but without any order or disposition of parts that shall be commonly or easily observed: and, though we have hardly any notion of this sort of beauty, yet they have a particular word to express it, and, where they find it hit their eye at first sight, they say the sharancadgi is fine or is admirable, or any such expression of esteem. And whoever observes the work upon the best India gowns, or the painting upon their best screens or purcellans, will find their beauty is all of this kind (that is) without order. But I should hardly advise any of these attempts in the figure of gardens among us; they are adventures of too hard atchievement for any common hands; and, though there may be more honour if they succeed well, yet there is more dishonour if they fail, and it is twenty to one they will; whereas, in regular figures, it is hard to make any great and remarkable faults. 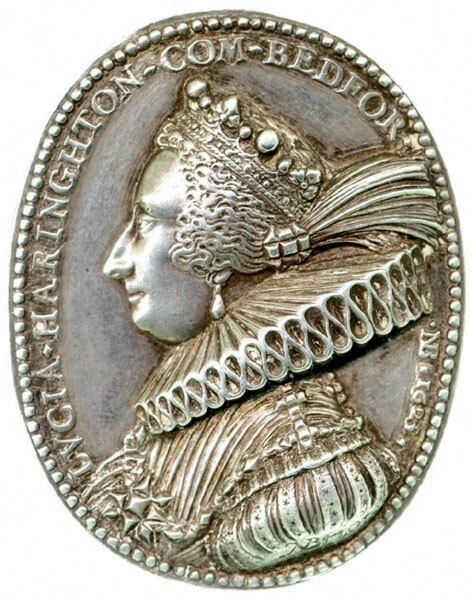