The Lumbini Garden was the Buddha’s birthplace. In Sanskrit, Lumbini means ‘the lovely’. It was the family home of his mother, Mayadevi, and she returned here from Kapilavastu (25 km east of Lumbini) to give birth to Siddhartha Gautama, later the Buddha (‘Enlightened One’). The site was described by the Chinese pilgrim Fa Xian and  re-discovered in 1896.The sacred pool had earth banks at the time of its re-discovery. It now has a paved margin and steps - but it remains a place of exceptional calm.

A Chinese traveler described the Lumbini garden c630 CE: ‘To the north-east of the arrow well about 80 or 90 li, we come to the Lumbini  garden. Here is the bathing tank of the Sakyas, the water of which is bright and clear as a mirror, and the surface covered with a mixture of flowers. To the north of this 24 or 25 paces there is an asoka-flower tree, which is now decayed; this is the place where Bodhisattva was born’

In Lumbini 1997 it became a UNESCO World Heritage Site and there is a master plan for a monastic zone by the famous Japanese modernist architect Kenzo Tange. Like the same designer’s plan for the Peace Park in Hiroshima, it seems to have been inspired by the Neo-Baroque. There is a long avenue and a circular canal.

Comment by Tom Turner:It is difficult to think of anywhere in the world less ideologically suited to a Baroque design than Lumbini. Buddhism is a faith which advises us to turn away from the endless cycle of desire and follow a life of quiet contemplation. The Baroque style is associated with pride, boastfulness and Christianity on the march. My suggestion is to leave Tange's linear and circular canals in place, as symbols of the world's materialistic temptations, but to utterly ignore them in the planting design and future management of the Lumbini World Heritage Site.

See note on Buddhism and Gardens. 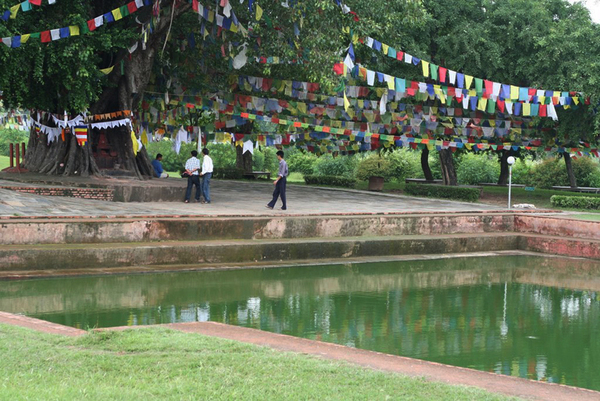 The Buddha's birthplace at Lumbini (Gardenvisit.com) 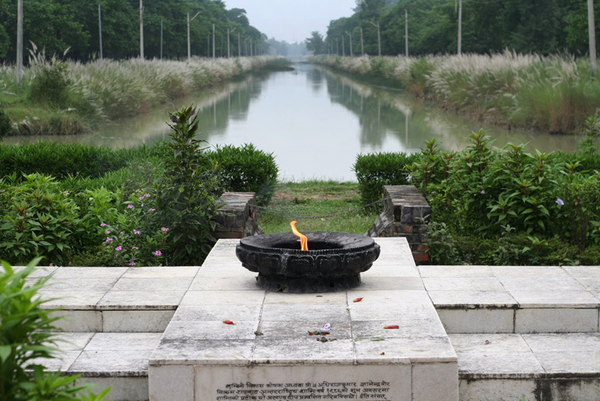