The gardens have been developed since Mr and Mrs Dudley-Cooke bought Lamorran House in 1982. The design has Japanese and Mediterranean elements. There is a Koi pond, waterfall, wishing well and temple. The owner's design idea (inspired by La Mortella on the island of Ischia) was to create 'an informal, romantic terraced garden with curving paths and occasional ‘reveals’ of the sea. A large collection of Rhododendron and evergreen azaleas were brought from their former garden in Surrey, forming the basis for the early plantings.

Lamorran House is available as a venue for garden weddings.

Lamorran Garden is on a four acre south facing hillside with the sea and St Antony’s Head with its lighthouse as the backdrop. This is an intimate garden, the visitors having to go and find new areas of the garden through archways and curving gravel paths.

A quiet and intimate garden to linger in.

Voted in the top 10 favourite gardens for the UK (BBC Gardeners' World)
A ruined temple is now happily the venue for weddings each year with the sea as a backdrop. 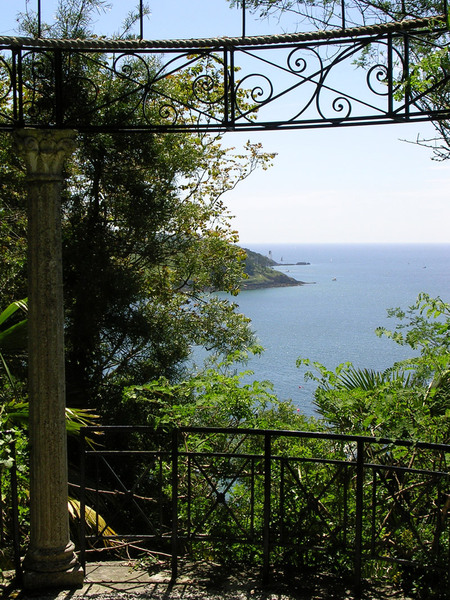 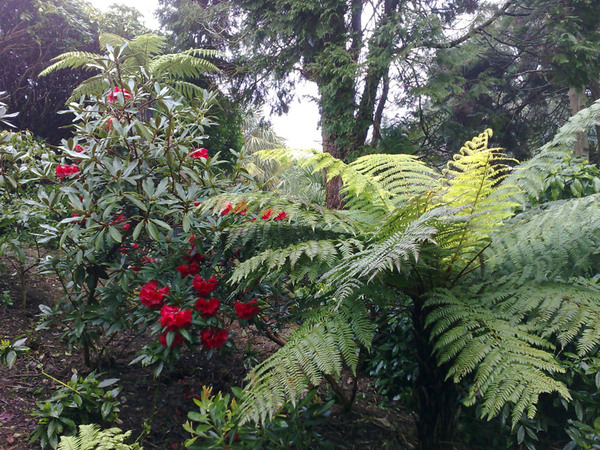 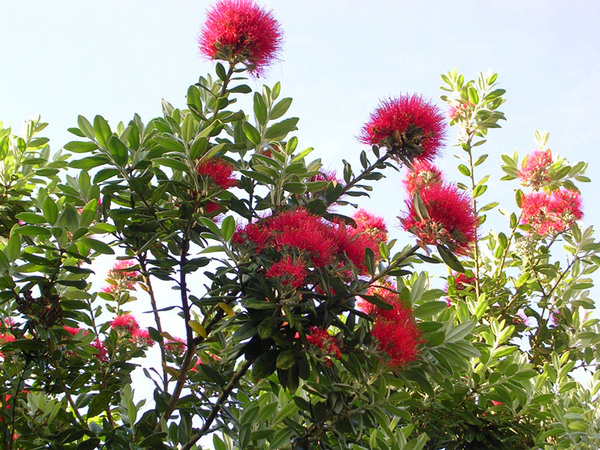 Robert and Maria Antonietta Dudley-Cooke moved to St Mawes in April 1982 when they acquired Lamorran House with its 1/4 acre garden. In 1986 and 1991 they were able to acquire further land which make up the 4 acre garden it is today.

It is said to be the most northerly Palm Garden in the world having over 35 species of palms with over 200 specimens. There is an extensive collection of tree ferns. Dicksonias and many Cyathea species. There are areas dominated by Southern hemisphere plants from Australia, New Zealand, South Africa and Chile.
There is always something flowering in the garden. Throughout the winter and very early spring the acacia trees can be relied upon to give their yellow scented blooms. March to May when the rhododendrons and evergreen azaleas, camellias are at their height, joined by massed cistus which flower almost continuously over a six months period. Citrus blossom also scents the air during the warmest months.However it is to the form of the garden, with the contrasting foliage of the evergreens and the statue-like palm trees and ferns set off by the winding gravel paths and streams that the visitor should look to.