Lalbagh Killa Fort (also known as Fort Aurangabad) is a Mughal and garden by the Buriganga River in Dhaka, Bangladesh. It was begun in 1678 and comprises gateways, a mosque, a roof garden and the tomb of Pari Bibi. The roof garden, like its cousin  at  Anguri Bagh, has a pattern which resembles Islamic tiles. A water channel, with fountains connects runs through the garden from east to west. One of the bastions on the wall has an underground room with verandahs. It can be reached from the riverside or from its roof.

I need help in repairing the water features! 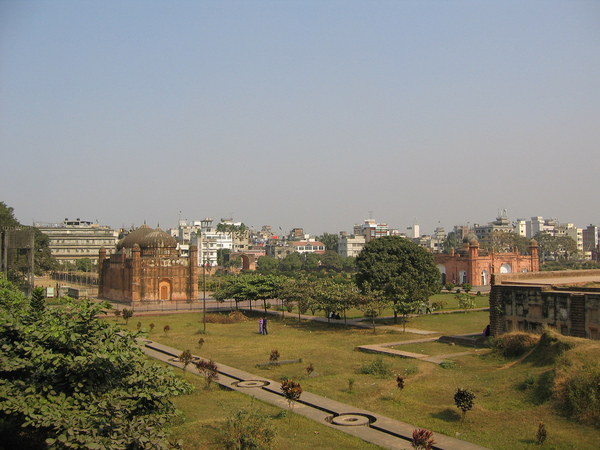 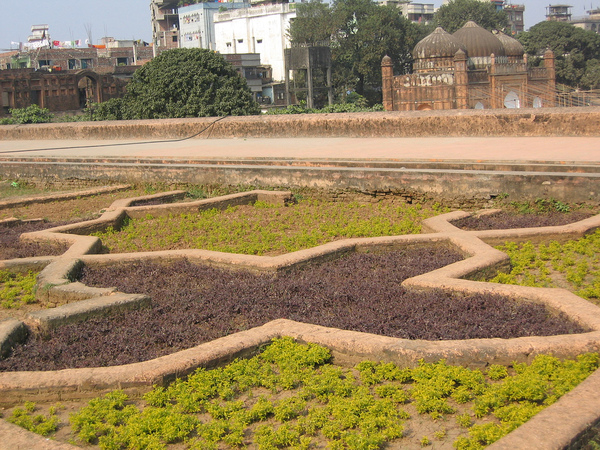