The Baldha Garden was made between 1909 and 1943 by Narendra Narayan Roy Chaudhury, the zamindar of the Baldah area in Joydevpur (Gazipur). He collected plants on his travels and enough of them survived for the government to take it over as a botanical garden (about 20 years after the owner's death) and it is run by the Forestry Department. Chaudhury employed 40 gardeners and the Forestry Department employs 12 gardeners. The garden is shaded by buildings, which have grown since the owner's death and it suffers from flooding during the monsoon period. The garden is dived into two parts, named after the Greek gods Psyche and Cybele. Rabindranath Tagore composed his famous poem Camelia during a visit to the garden. It has steps leading into a central tank and a large armillary sundial. 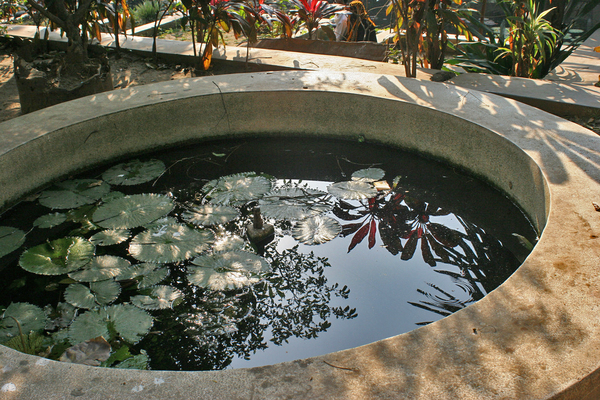 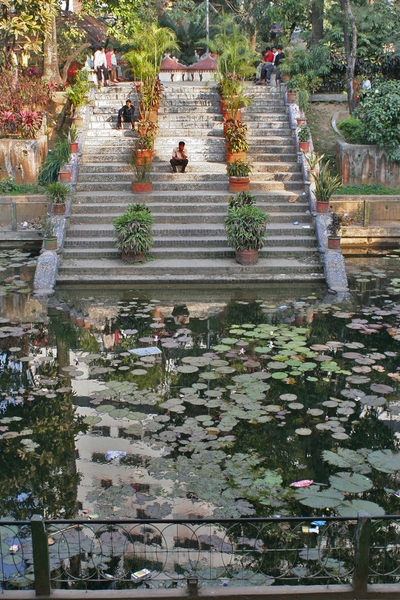