Lal Bagh means Red Garden. The garden was laid out by Hyder Ali and his son, Tipu Sultan, during the eighteenth century and now has a large collection of tropical plants. There is a glass house (built 1889) which was inspired by the Crystal Palace in London. Though originally conceived as a Mughal garden the garden plan now has a resemblance to the layout of the Crystal Palace Park and to the Victorian Mixed Style. 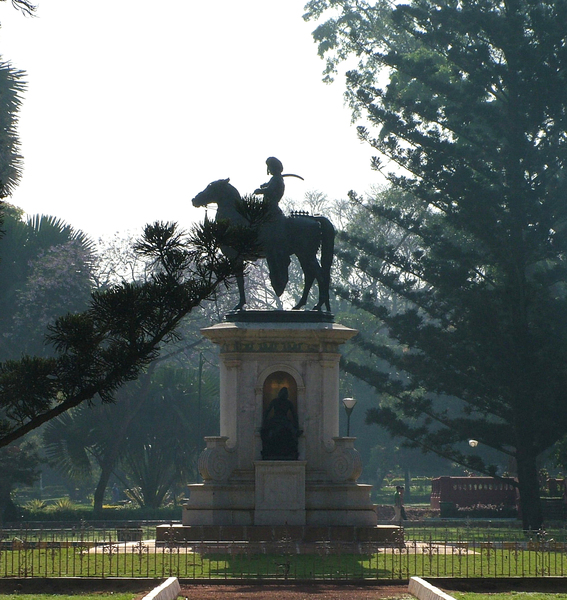