A Victorian gothic house, designed by William Burges. It was furnished with an arboretum and a terrace during the nineteenth century, in a gardenesque spirit. When inherited by the conservative politician, Sir John Heathcote-Amory, work began on planting up the terrace and the woodland with flowering plants. The terrace was also embellished. One yew enclosure was given a circular pool with a white statue and a Silver Weeping Pear. Another was planted by Graham Stuart Thomas. He wrote that 'to one little garden we gave a formal paved design, where all the colours are cool, with silvery foliage uniting them to the soft tone of the paving, and uniting also with the great lead tank at the head of the garden, on a dias, hedged around with yew'. 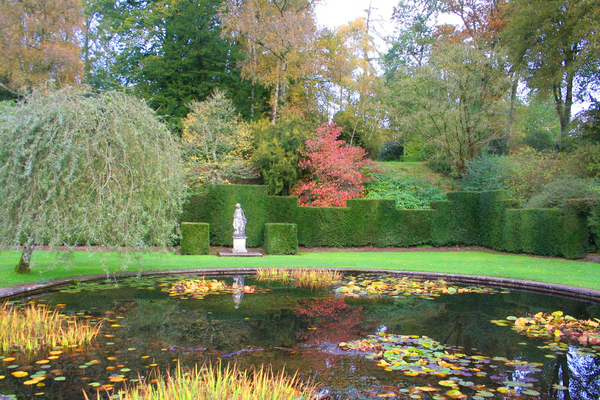 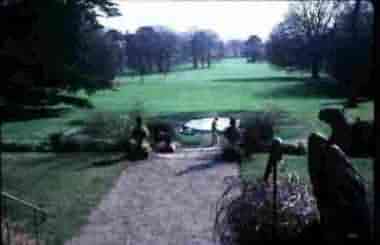