KiyosumiGarden is a beautifulstroll garden from the Meiji Period, made 1878-1885. The stroll route is rounda pond with several islands. A notable feature of the gardens is the 55enormous boulders which were brought here by Yataro Iwasaki. His great wealthallowed a fine garden to be made, all the more welcome for being in Tokyo. Iwasaki was ashipping magnate and founded the Mitsubishi industrial conglomerate. Some ofthe boulders are used as stepping stones in the water, known as isowatari.People gathered in the garden to escape the fire which followed the Tokyo earthquake of 1923and Iwasaki decided to give the garden to the municipality as a public park.There is a sukiya style pavilion built over the water to honour the visit ofField Marshal Kitchener from Englandin 1907. 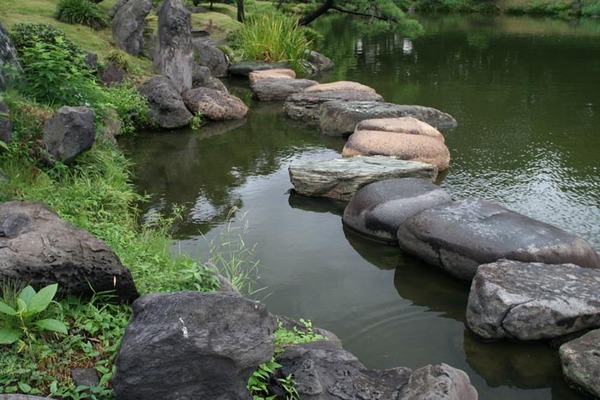 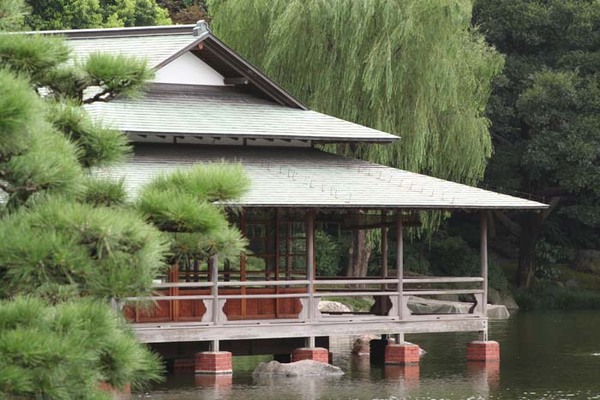