Isfahan is a city in a garden. Like Paris, France, Karlsruhe, Germany and Washington DC, USA, it is one of the prime examples of city plans which have been strongly influenced by garden plans. Shah Abbas made the ancient town of Isfahan into a great city, after 1587, by developing the land between the old town and the river. The central feature was a great Charhar Bagh avenue leading from the old town to a wonderful Bridge. The avenue survives but the central canal has been replaced by a traffic artery. South of the bridge lay the square Bagh-e Hezar Jarib and the rectangular Bagh-e Farahabad. A great Maidan (square) survives in the heart of the old town, beside the Shah Mosque. The outer wall of the mosque is aligned with the Maidan but the building itself is aligned with Mecca. In the seventeenth century John Fryer wrote 'Through these we were directed to the Midan or Hypodrome, an oblong square court where the horses are exercised before the king's palace, and where the upper and lower walks, with open arches for spectators; not inferior, though of different shape, to the old amphitheatres'. Khaju Bridge has a central pavilion which was used in the same manner as a pavilion in a Persian garden and there used to be other garden pavilions overlooking the river. 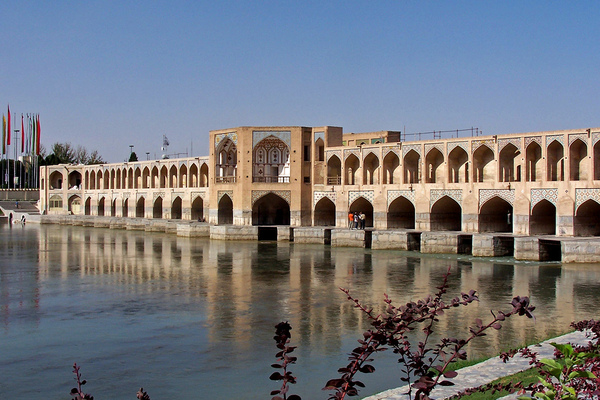 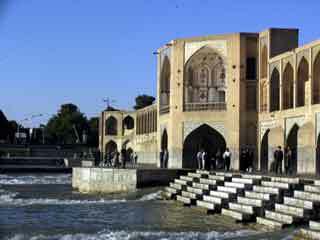 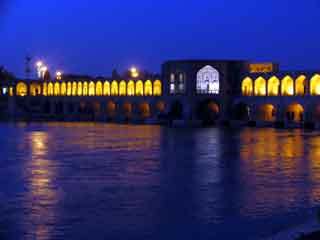 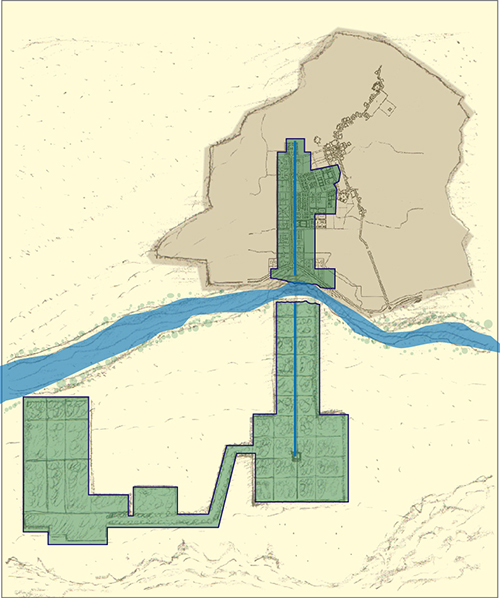 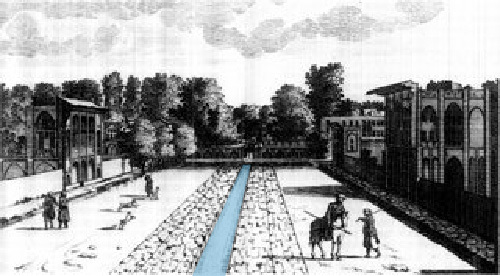