Built as a royal pavilion at the end of the sixteenth century and extended by Shah Abbas II. It has a pavilion with 20 columns and is known as the Forty Columns because a reflecting pool doubles their number. The pavilion stands in a garden of 6.75 ha. Which once had other pavilions and pools. It is well planted with plane trees. In 1933 Robert Byron, in The Road to Oxiana, described it as 'Spread with carpets, lit with pyramids of lamps'. 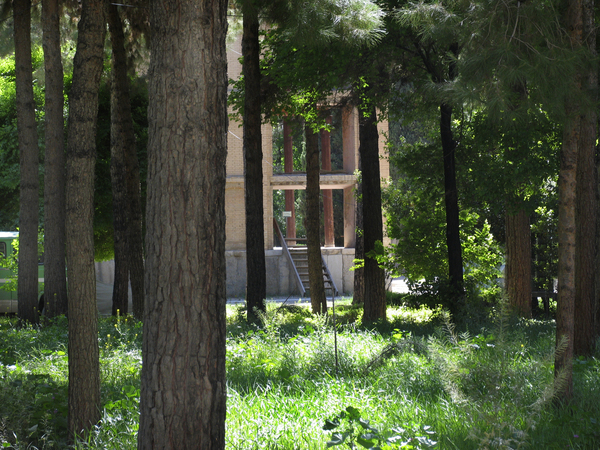 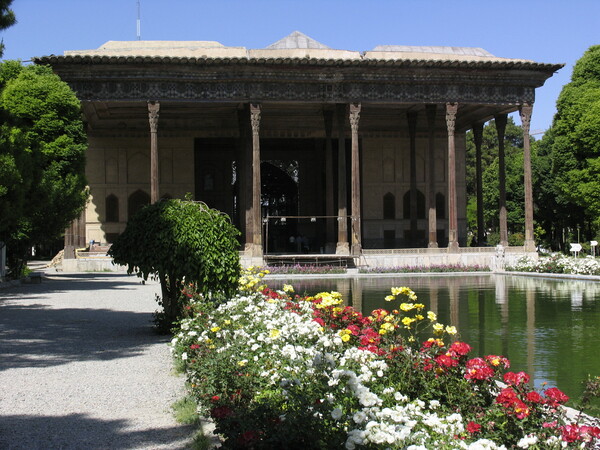 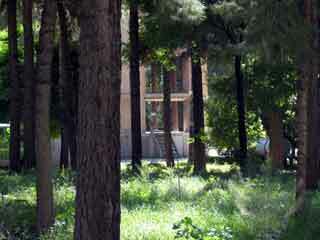 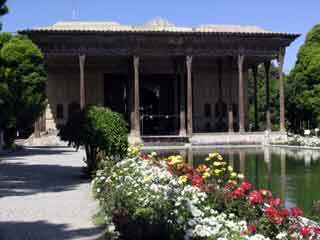