A nineteenth century house (not open) and twentieth century garden on a wet site with streams and bridges. The walled garden was made in 1936 and is planted with mainly herbaceous plants. There is also a kitchen garden, a water garden and a woodland garden with rhododendrons and azaleas.

Set at the edge of the Norfolk Broads, Hoveton Hall Gardens is a delightful 15 acre garden mixing both formal and informal planting across the seasons. Beginning with the burst of early Spring bulbs, the spectacular Rhododendrons and Azaleas in May and June through to the mid-summer delights of the 'Spider Garden'. Full summer colours of Hydrangeas followed by autumn berried shrubs and leaf tints complete what is truly a garden for all seasons. 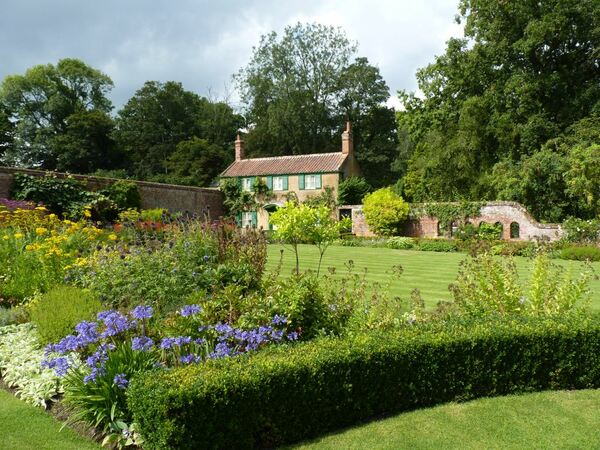 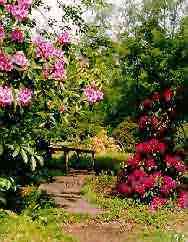 Hoveton Hall Gardens is home to Andrew and Barbara Buxton and has been in the Buxton family since 1946.

The Hall, although not open to the public, was built between 1809 and 1812 is attributed to Humphry Repton. The parkland surrounding the Hall was ploughed in the 1940s to provide food during the war years. Most trees were removed, and only the grass on the North side of the Lake left untouched. In 1993, the then arable parts of the park were resown with grass, under the Countryside Commission Scheme for the Restoration of Historic Parks, and iron railings re-established. The Walled Kitchen Garden and layout of the 'Spider Garden' are shown on maps as early as 1841. Extensive work to the Water Gardens was carried out in the 1920s by Geoffrey Buxton, and many more Rhododendrons and Azaleas planted under his direction by Waterers Nurseries.