Hindringham Hall is a fine tudor house with a moat dating from c1200. It has garden areas both inside and outside the moat. The medieval and Tudor role of the gardens was to supply fruit, herbs and vegetables. This is continued. The outline of the fish ponds can be seen but the area is now dry and used for daffodils and cow parsley. There are also lawns, a herbaceous border, a nutwalk and a pergola. It is a sweet and peaceful place.

The manor of Hindringham is mentioned in the Domesday Book and was given to the Bishop of Norwich in 1094. It belonged to the Dean and Chapter of Norwich cathedral until the late 19th century. In private ownership it was furnished with a Victorian garden, including a walled vegetable garden beyond the moat. In the late 20th century Charles and Lynda Tucker began making an Arts and Crafts style garden very much in keeping with the spirit of the Tudor manor house. Asked by Gardens Illustrated magazine 'What are the key plants – and which are your favourites?', they replied: The daffodils are first, then fritillarias, and hellebores. In the summer, eringiums are stunning, growing on walls near the stream. We have nine different irises, a magnificent Magnolia grandiflora against the house and the roses and clematis are glorious. Then in high summer Romneya is my favourite, though it’s very difficult to grow.

Hindringham Hall Gardens has been nominated for the Historic Houses 2020 Garden of the Year award. You can see other nominees and vote here.

Hindringham Hall is the most delicious little moated manor house straight out of a story book with its medieval moat and fishponds, working walled vegetable garden, formal and informal borders wrapped around a brick and flint Tudor Hall. The current owners have developed the gardens over the past 25 years and open to visitors twice a week between April and October. Make time to walk round the medieval fishponds and take tea in the Café beside the moat, smell the roses, watch the swans, listen to the birdsong and enjoy the peace and beauty of this special garden. 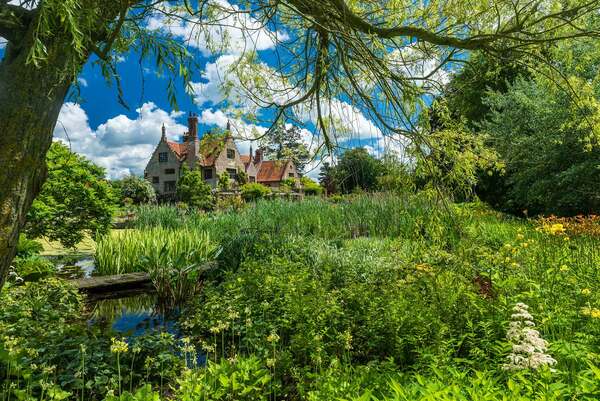 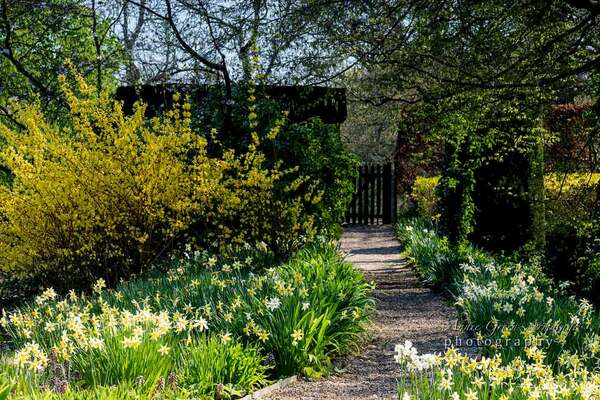 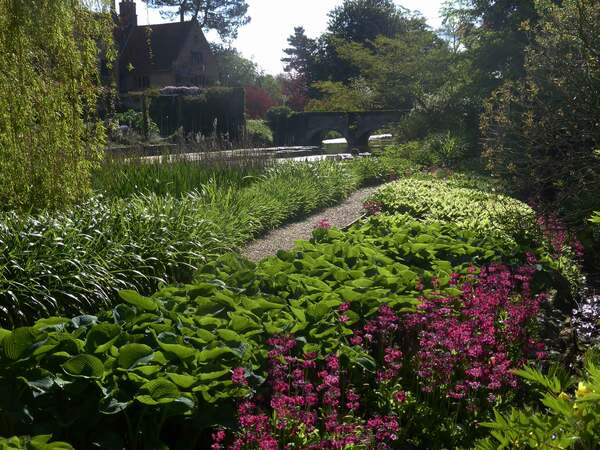 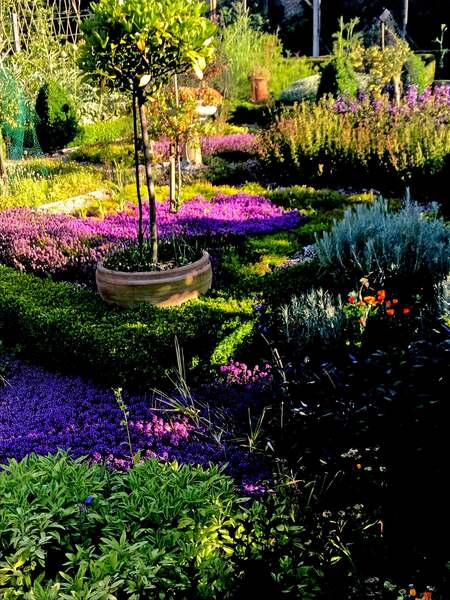 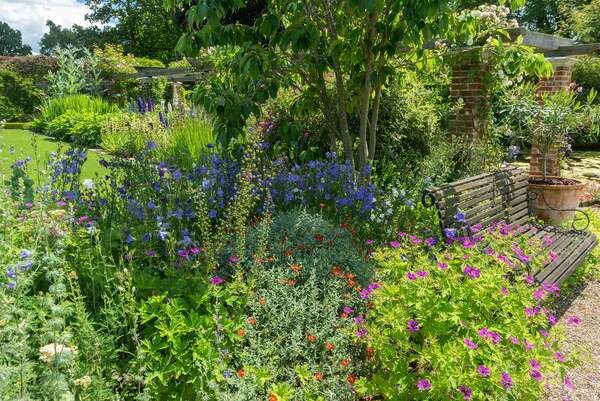 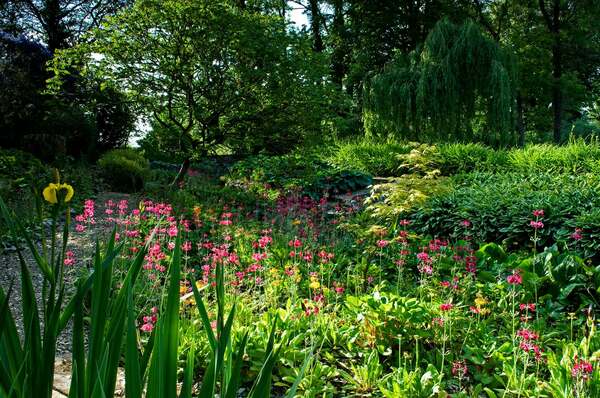 Gardened for the last 28 years by Charles and Lynda Tucker this beautiful garden on a medieval site came third in the Historic House Garden of the Year Award.
www.hindringhamhall.org