The Court of the Long Pond (Patio de la Acequia) is perhaps the most photographed garden feature in Europe. It has pavillions at both ends, an arched gallery on the third side and a high wall on the fourth side. The Court, with echos of a Roman peristyle garden, or a cloister, has jets of water arching over the Long Pond. It is sweet, calm, beautiful and, apparently, timeless. But today's ground level is half a metre above the Arab level of c1250, which was temporarily uncovered in 1959. The Arab garden had a central canal and a Persian division into four parts. 'Generalife' is translated as 'garden of the architect'. Like the Generalife Palace, the gardens are much altered but remain lovely. 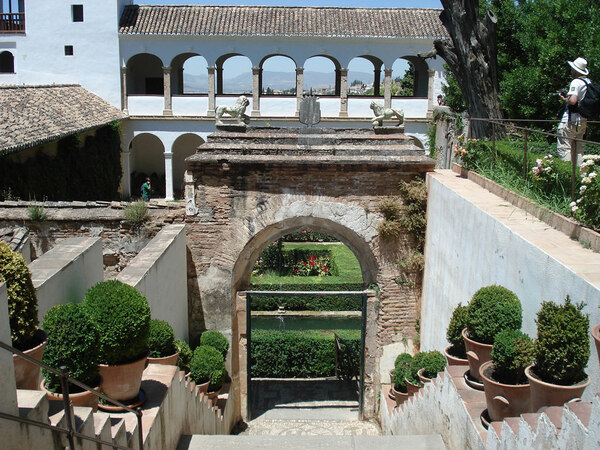 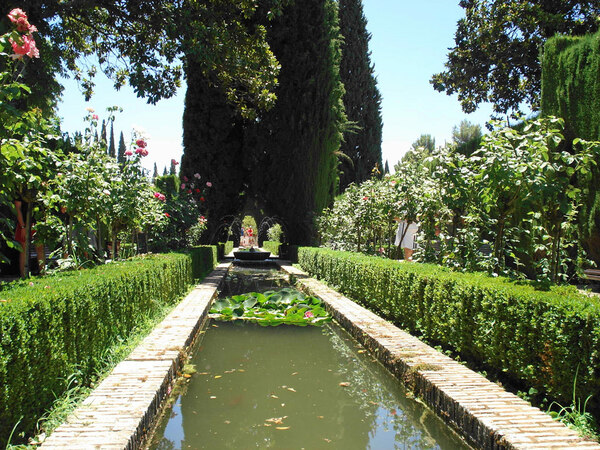 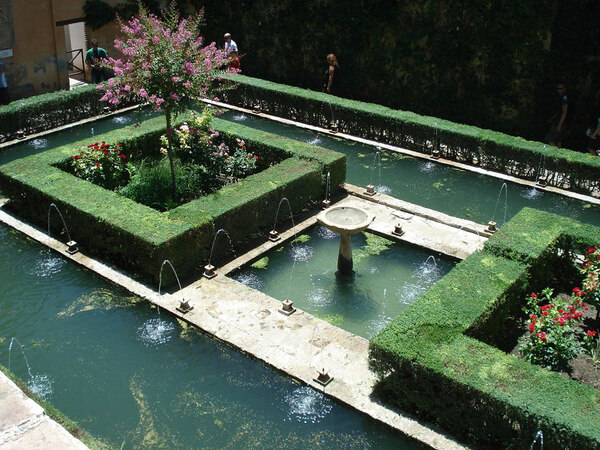 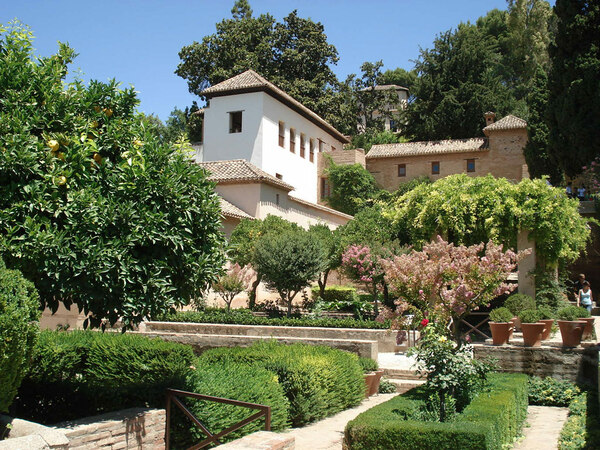 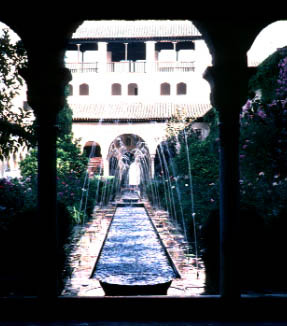 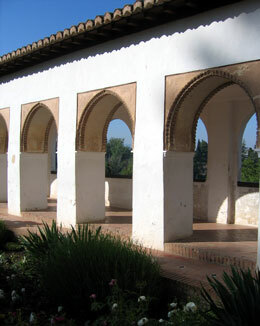 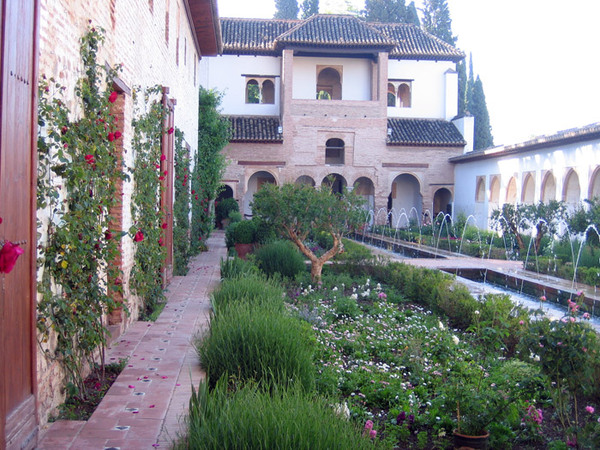 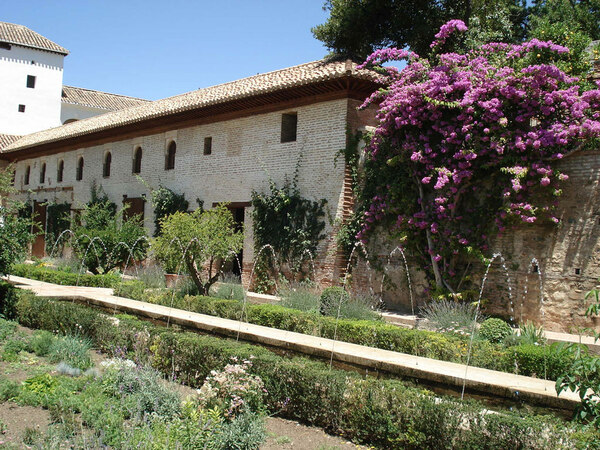 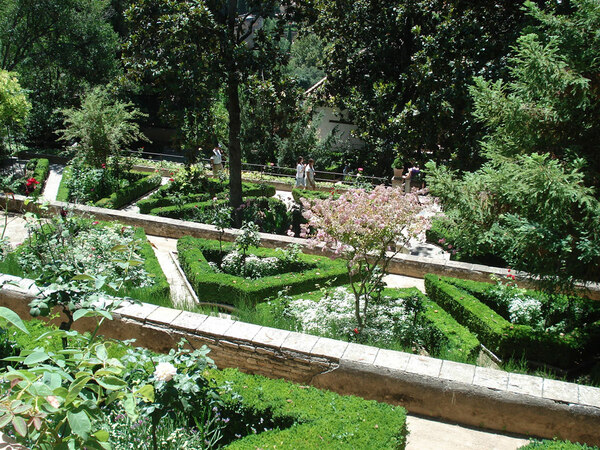