The best and most famous late-medieval castle gardens in Europe stand on a fortified plateau, across a valley from the Generalife and surrounded by the Sierra Nevada mountains. Before reaching Spain, the Moors had seen and occupied Roman villas. Muhammad I (1230-72) made the Alhambra his palace and much of the work was done in the reigns of Yusuf I (1333-54) and Muhammad V (1354-91). The overall plan of the plateau resembles that of Hadrian's Villa. In Arabic, Alhambra means Red Castle. Muhammad ibn-Yusuf ibn-Nash commissioned the garden. The Lion Fountain, from which the brilliant Court of the Lions takes its name, dates from the eleventh century. The Court of the Pool is ordered, beautifully proportioned and rich in Islamic detail. The palace windows frame views of the surrounding landscape, as though they were oriental minatures. The importance of the Alhambra in garden history cannot be over-stated: it is a distillation of the East Mediteranean tradition of garden-making; it is the prime example of garden design from the period; it is a great work of art which may have inspired the enclosed knot and parterre gardens of northern Europe; it is packed with visitors. Charles V added a renaissance palace (1527-68) with a marvellous circular courtyard. It was made because his young Portuguese wife disliked Moorish architecture, but it was unused for centuries and sits uneasily with the older structures. Authors become lyrical in the Alhambra and the father of American literature, Washington Irving, published a colourful account in 1832. 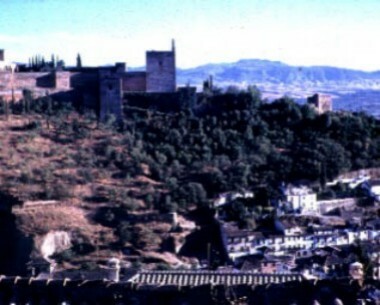 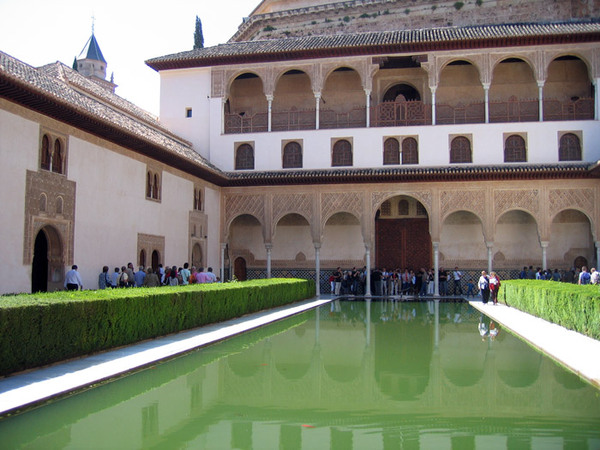 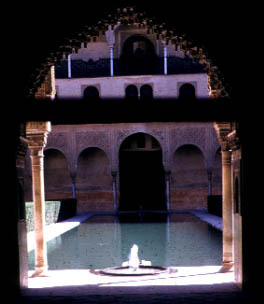