A soft, gay, late-Baroque park in gentle surroundings. Hilltop gardens have a special appeal in summer, because of their views and breezes. The court used to retreat here from Bayreuth and, regarding it as a hermitage, dressed in monk's habits and slept in comfortable cells. Frederick the Great's sister, Wilhelmine, was given the estate in 1735 and, in her words, made it 'one of the loveliest places in Germany'. She thought of it as her Tusculum, after Cicero's villa. There are parterres, a fine semi-circular orangery, an extravagant fountain, an outdoor theatre in the form of a Roman ruin, a cascade and a heavily rusticated grotto with a group of nymphs. On a busy day it is not difficult to recall the idealistic frivolity of a South German court in the eighteenth century. A serpentine park was added in the nineteenth century, as was done on many German estates, to create a grand transition from 'art to nature'. Baroque geometry everywhere gives way to the serpentine geometry of woods and fields. Since the garden is on a hilltop, there are many framed landscape views with foreground, middleground and background. 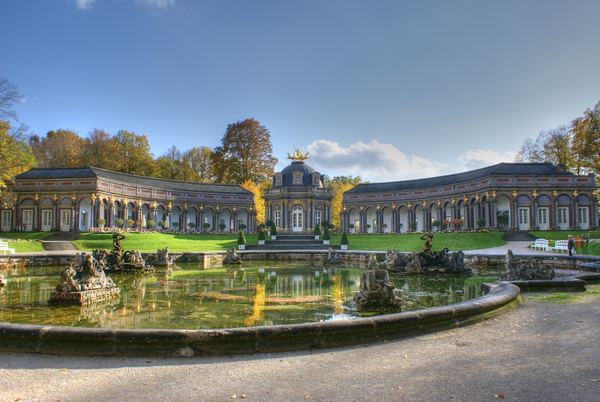 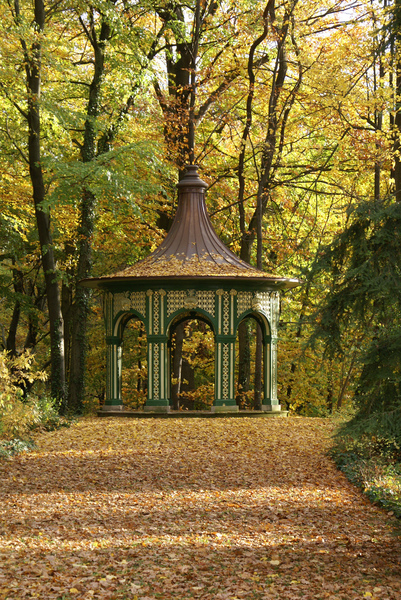 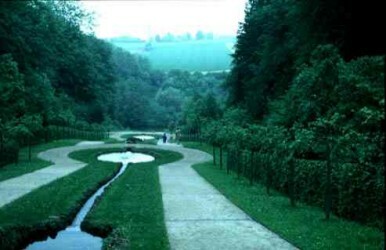 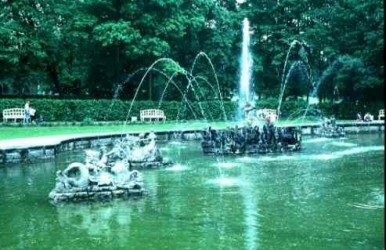 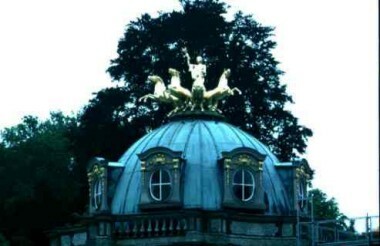