The city was founded as a new royal capital by Pharaoh Akhenaten 'the heretic king' and was occupied only for a short period. Because it was built outside the agricultural zone, its remnants have survived as the most complete example of New Kingdom town planning in general and gardens in particular. It was a comparatively low density settlement and had room for gardens. Housing areas have been excavated with wells and open courts. Many of the courts had circular wells and horticultural crops were grown. One of the houses, thought to have been owned by Thutmose the sculptor, is the place where the famous painted-limestone bust of Akhenaten's wife, Nefertiti, was found. It is now in Berlin. Archaeology has not revealed traces of ornamental pools and planting in the housing areas occupied by scribes, craftsmen and farmers. Palaces and temples have yielded traces and fragments of pools, painted ornamental pavements and planting pits. They provide archaeological authentication for the garden features which are so often illustrated on Egyptian tomb paintings and papyrii. The most famous painted pavement was destroyed by angry farmers who considered the flood of visitors unwelcome. 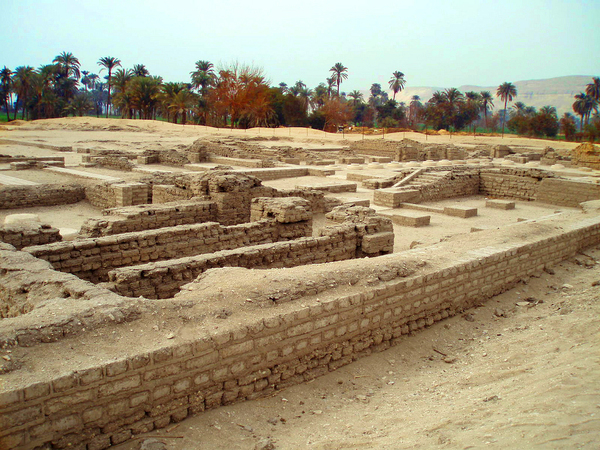