The chateau has a late eighteenth century park and garden. Méréville is situated in a circular basin and the River Juine runs through it. There is a gazebo, temple, ruined arch, caves, lakes, waterfalls and bridges. Born into a humble family, Jean-Joseph de Laborde rose to nobility and was awarded the title Marquis after building great personnal wealth in the import-export business. He bought Méréville in 1784 and several hundred people to construct the park under the guidance of architect François-Joseph Bélanger and painter Hubert Robert. He was excecuted during the French Revolution in 1794.  Méréville was acquired by the Municipality of Essonne in December 2000 and have begun an extensive programme of restoration after prolonged neglect in the nineteenth and twentieth centuries. 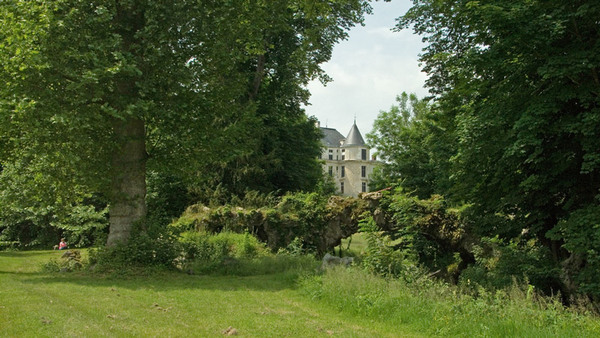 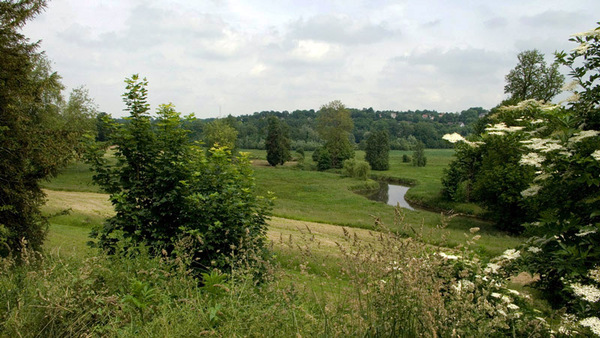 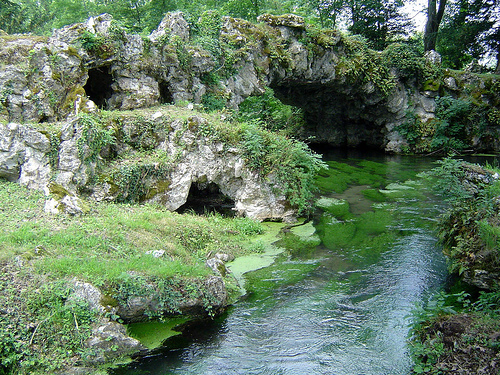 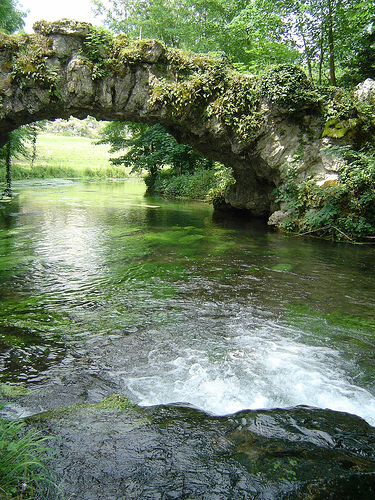