A medieval moated castle. It became a renaissance garden in the seventeenth century and was extended in the eighteenth century, but did not become a baroque garden. The centerpiece of the estate is great basin, 450m in length. It has the still-moated chateau at one end and large statue of Neptune at the other end. The Ligne family has owned the estate for over 500 years and the Prince de Ligne published a book on the Beloeil estate in 1786. 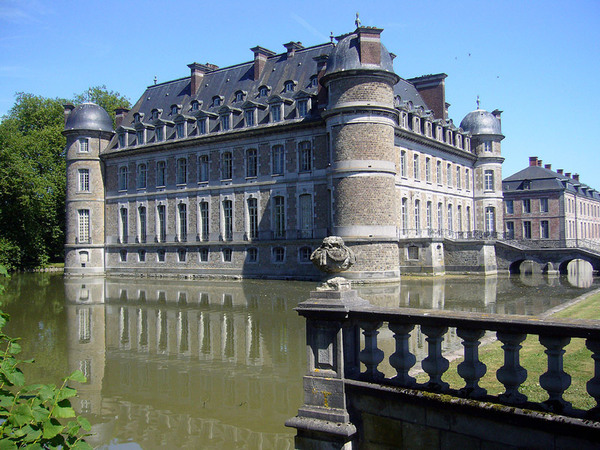