The Charminar is a mosque and landmark in Hyderabad. It was built in a vast walled compound with residences and offices separated by gardens and water tanks. The Charminar was begun by Mohammed Quli Qutb Shah in 1591, located at the intersection of the road from Golkonda Fort to the port city of Machilipatnam. The Old City of Hyderabad thus had the Charminar at its centre. There were also four gateways in the cardinal directions. The old city walls were destroyed by floods and by town planners. See also: planning of Sisupalgarh ancient Hindu city. 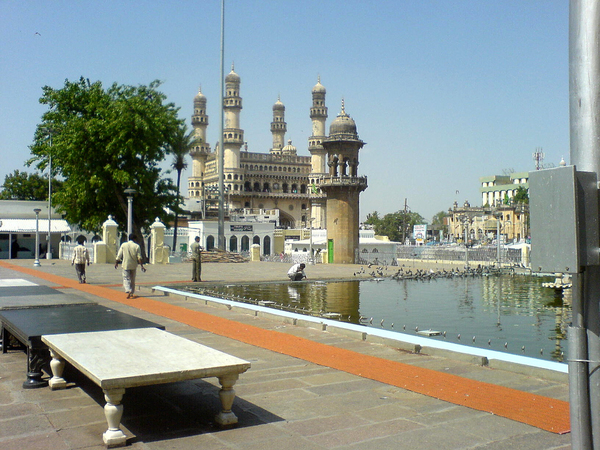 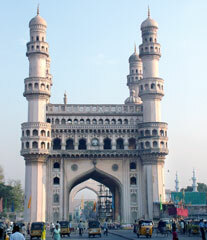