The garden of a castle that dates back to the fourteenth century. There is a flower garden and kitchen garden. On 20th May 2012, the castle was largely destroyed in an earthquake, and the entire property is closed for the forseeable future.

The garden surrounding the Castle of Galeazza is predominantly an English garden, with acres of woodland behind the castle and flower-filled island beds surrounding a central fountain in the front courtyard. There is also a walled kitchen and herb garden, a small aquatic area, a shady walk and a grass area. Some trees are noteworthy for their size and age. It is a private property, owned by Arnaldo Falzoni Gallerani and his wife, Anna Bettini. Since 2003, they have been renting a section of the castle to Clark Lawrence, founding president of the non-profit cultural Association 'Reading Retreats in Rural Italy'.

The garden is a very ambitious work in progress, mostly realised by Lawrence and an ever-growing group of friends from around the world who visit him in the castle, sharing their ideas and stories and helping in the garden. 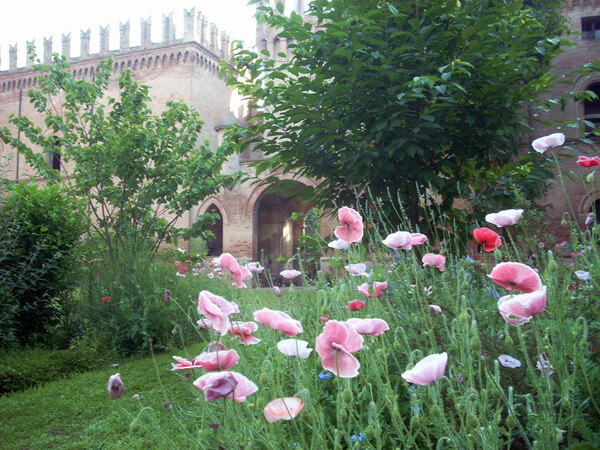 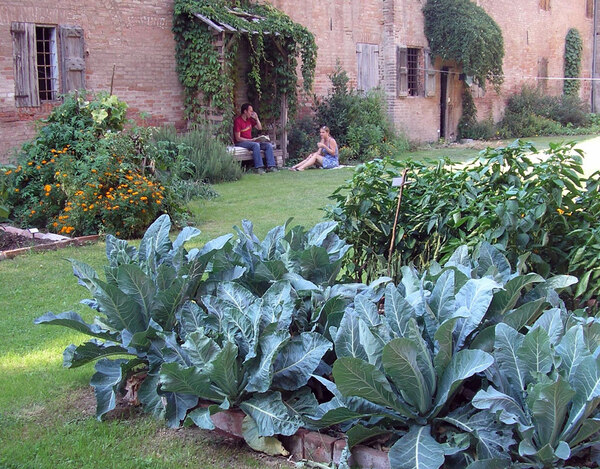 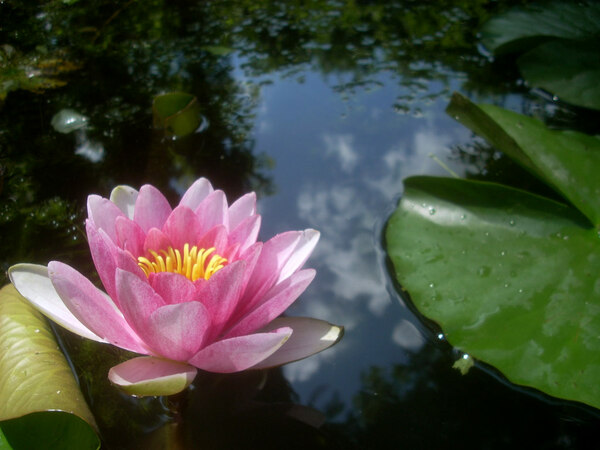 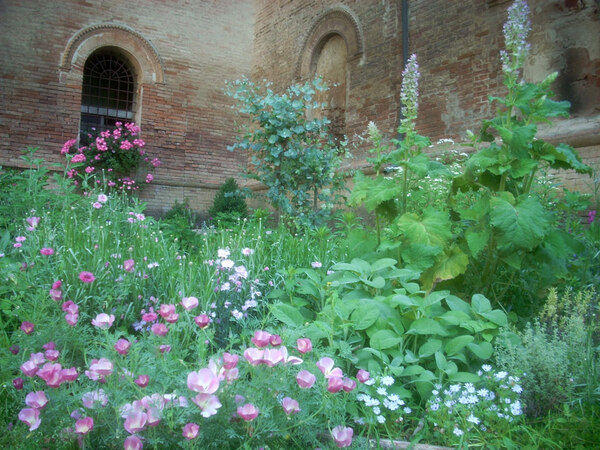 The Castle of Galeazza has a very long and mostly unknown history, beginning in the late 14th century when the tower (and maybe three others) were built by Galeazzo Pepoli. In the mid 19th century the property was sold by the Pepoli family to Alessandro Falzoni Gallerani, who lived in the nearby town of Cento. In drawings from the late 1600s the gardens are shown as a simple gridwork, apparently dedicated to fruit and vegetable production. Falzoni Gallerani had these gardens completely removed and replaced with an English landscape and pleasure garden, including a circular fountain in the front courtyard, and bird cages, a small pond, and curvy walks in the back woodland.
When I moved to the castle in 2003, it had been abandoned for more than 20 years, and nearly all of the formal garden in the front courtyard was covered by ivy and overgrown laurels. Most of the gates and doors to the castle were "grown shut". Wisteria had climbed the walls and seriously damaged the roof. Some large, fast-growing trees which were hastily planted too close to the castle were chopped down in a hurry and their stumps left to rot. Poplars were planted less than a yard apart.

I began by cutting back nearly all of the elders, ivy, briars, and laurels which were totally blocking the view of the castle from the front gates. Then I slowly began to re-create the front garden around the central fountain, respecting but not exactly repeating the oval drive which dominated the 19th century plan. Semi-circular flowerbeds were added where they wouldn't block the natural movement of guests. Paths were added where the grass was worn. Drives that were seldom used were left clear of any obstruction, but allowed to grow green.

Four magnificent Magnolia grandifloras grow in a clump near the 14th century tower. A very old Gingko biloba stands by the side gates and several century-old London plane trees dominate the woodland in the back.

The flower season begins in March, with many kinds of narcissus, primroses, and spring-flowering bulbs.

In April, tulips are in full swing, followed by iris and many kinds of allium in bloom.
May - Lilies, peonies, poppies, nigella, sages.

Closed for the foreseeable future following an earthquake in 2012.