Caserta is often seen as an Italian Versailles, though its Neapolitan designer thought otherwise. Luigi Vanvitelli, an Italian patriot, was well-read in literature and philosophy and worked closely with his Bourbon patron. Charles III, his patron, wished to be an absolute but enlightened monarch. He was encouraged by a local philosopher, Giambattista Vico, who later became very famous. Vico saw monarchy as a necessity and myth as a key to understanding society. Caserta has a great sculpture programme based on the myths in Ovid's Metamorphosis. Critics may have been less than fair in judging Caserta 'a colossal monument to miniscule glory' (E Crankshaw, p 135). Yet its main axis is over 3 km in length and, as at Versailles, was integrated with a town plan. At Caserta, the town was not built. The garden is most famous for its River Road, originally planned to run 30 km to Naples. The cascade which launched the project is an operatic conception with a fall of 78m. Loudon, as quoted below, was amazed by the engineering achievement but would like to have seen an even greater fall. Gothein could only wonder at the way 'white bodies are mingled with the foaming, plunging waters'. The sculptures are profuse and their grouping lifelike. One can see Diana bathing with her nymphs and Acteon being torn to pieces by his hounds. Caserta also has an English garden. 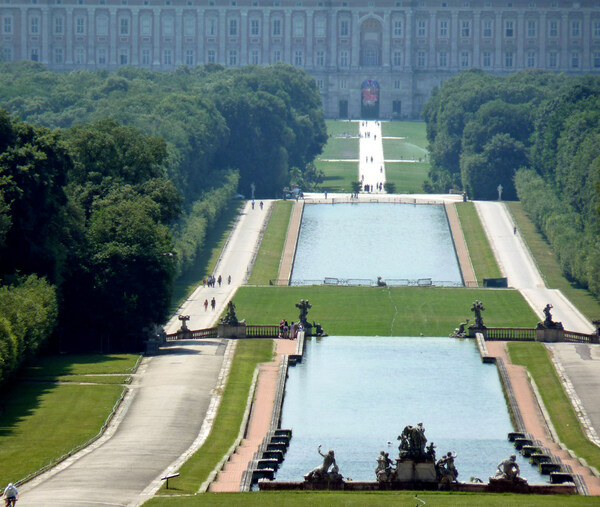 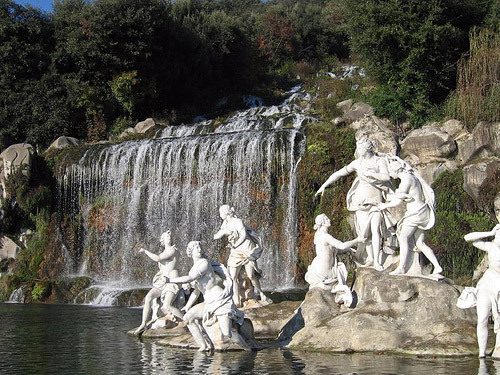 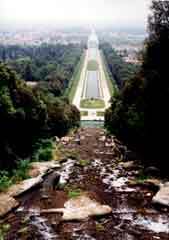 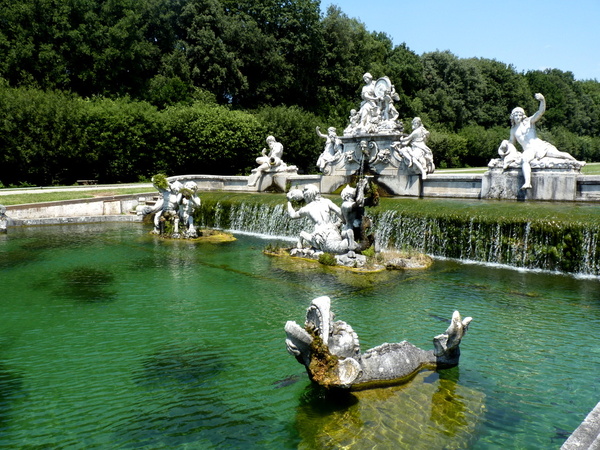 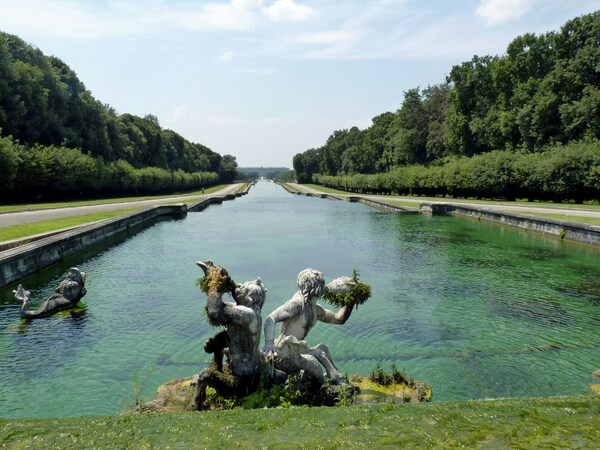