The mosque was begun by Timur Tamerlane, after his sack of Delhi in 1398, and intended to be the most magnificent in the world. It was 'a mere heap of ruins' in the nineteenth century but has been partly restored. In essence the mosque was an enormous enclosure (approx 167 by 109m, but not rectangular) bounded by a wall and ornamented with four great portals. In the centre of the court are trees and a marble lectern. The name Bibi Khanum ('lady queen') means 'senior wife' - of Timur Tamerlane. 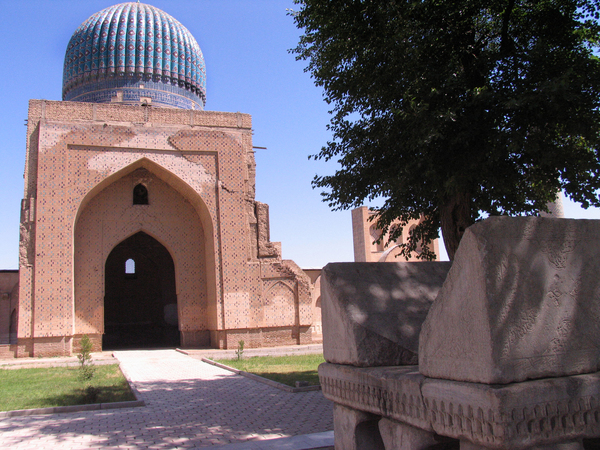