Ben Youssef Medersa (or Bin Yousuf Madrassa) was built, as a theological college, in the 16th century. It is named after a 12th century sultan. It has 130 student cells round a courtyard with a classically Islamc pool. It was one of the largest theological colleges in Africa but colleges of this type can be found all along the road from Morocco to India. (Note: for the film Hideous Kinky, Kate Winslet was filmed here.) 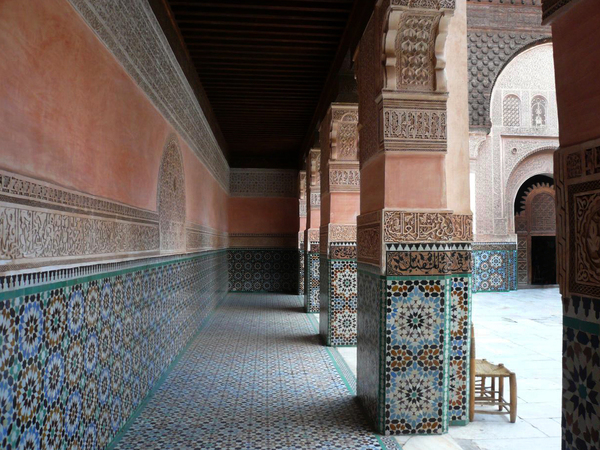