The name "Agdal" comes from the Berber langauge and means "meadow on the banks of a wadi encolsed with a stone wall". The Almoravids laid out the orchard garden in Marrakech during the 12th century. Water was brought from the Ourika Valley by a network of underground channels and ditches. Agdal comprises several linked gardens, with one leading on to the next, including an orange grove and an olive plantation. In the nineteenth century the gardens were enlarged and enclosed with pise walls. A lake, called the Tank of Health, is probably as old as the orchards old but was re-shaped at this time with pavilions overlooking the water. Geometrically and functionally, the ancient gardens of Mesopotamia may have been more like Agdal than like what is now called an 'Islamic garden'. 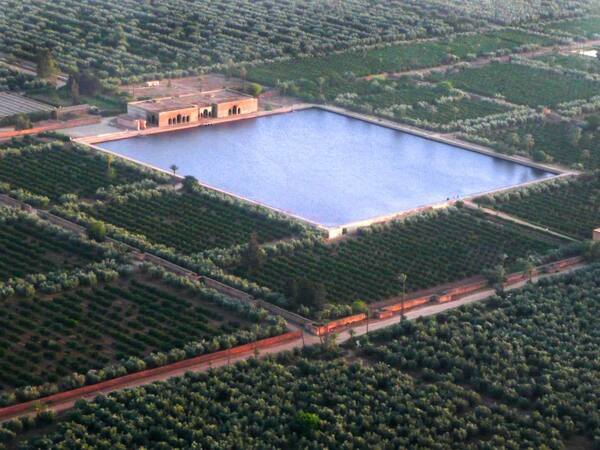 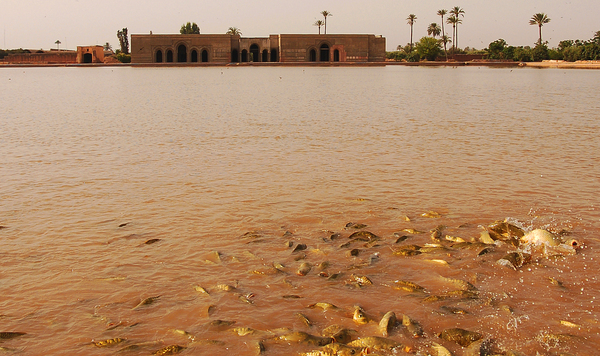 Usually Friday and Sunday - 9am to 6pm.