A restoration house (1688), park and garden. The park was designed by William Emes, who Dorothy Stround describes as 'obviously strongly influenced by Brown'. A canal and temple survive from an earlier layout. Between 1810 and 1820, Jeffry Wyatville added a conservtory with a 'formal garden'. It has clipped yews, urns and statuary. Loudon, in 1838, commented that 'The grounds have few natural inequalities; but the river Witham runs through them, and this feature has been made the most of, especially near the house, which is a fine old French mansion, with stately avenues'. Belton House and its 35 acre garden are now managed by the National Trust. Wyatville's formal garden is now described as an 'Italian Garden' and is planted with soft yellows, intense blues and deep reds. There is also a 'Dutch Garden' with clipped yews, fronting the North Terrace, a statue walk, a temple, a mirror pond, a maze and an informal area with naturalised wildflowers leading down to the lake. 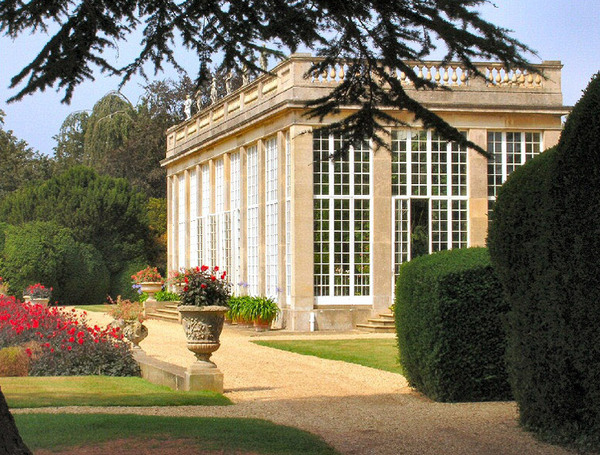 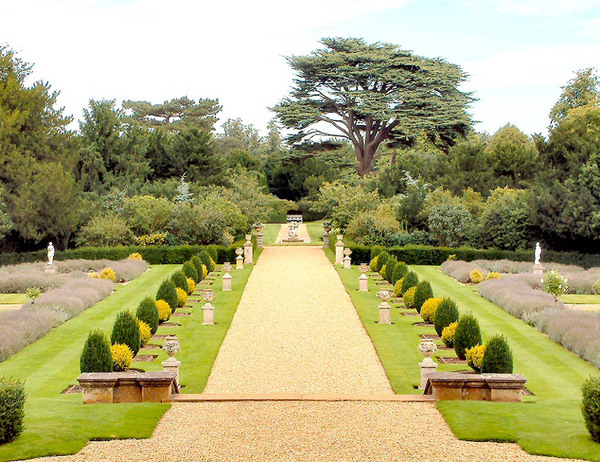 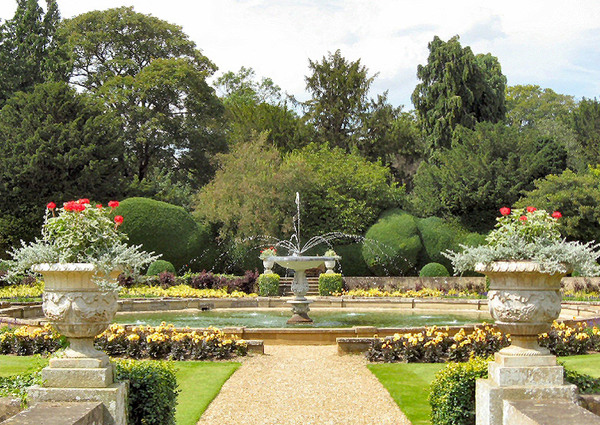 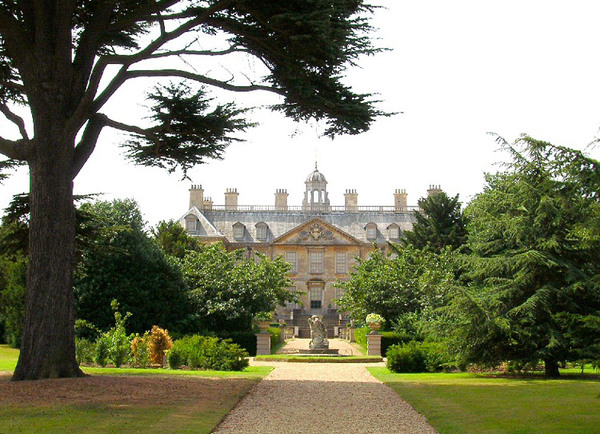 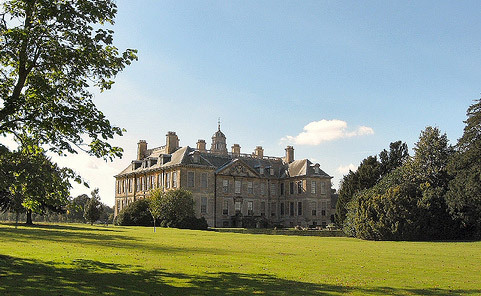 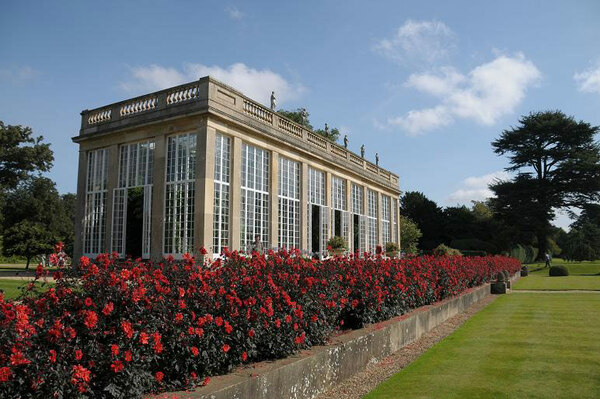