The Staatliches Bauhaus was an extremely influential German design school. It was based at Weimar from 1919-1925 and Dessau from 1925-1933. It was formed, under the leadership of Walter Gropius, by fusing the Grand Ducal Saxon Academy of Arts with the equivalent School of Arts and Crafts. It thus embraced fine art and applied art. The word Bauhaus can be translated as 'House of Building'. The aim, as this ancestry suggests, was to apply principles from the arts and the crafts to architecture, thus ending the nineteenth century schism between these activities. It should however be noted that the School did not begin teaching architecture until 1927. The homes of the Bauhaus masters were early examples of how the style could be used for domestic buildings. The most obvious influence of the Bauhaus was on the development of the 'matchbox modernist' architectural style which the School's Dessau home exemplified. It also had a profound influence on design education, with its emphasis on the principles of abstract design linked to technology through the idea that form should derive from function. The influence of the Bauhaus on architecture is better understood than its influence on landscape architecture but was of comparable significance. The illustrations show the idea of composing rectangles of 'architecture' and 'landscape' as though they were blocks of colour in a cubist painting. This is where it originated!

The Masters's Houses (Meisterhäuser) are particularly interesting for their integration of pure geometry with nature (in the form of trees and often-unmown meadow grass). The path of influence is not easy to trace but the underlying ideas had a profound affect on the eventual emergence of an Abstract Style of garden and landscape design. 'Form follows function' led to an ecological approach to the management of vegetation, as in the Amsterdam Bos Park.

The influence of Bauhaus ideas continues to be strong, as in this housing project in Australia: 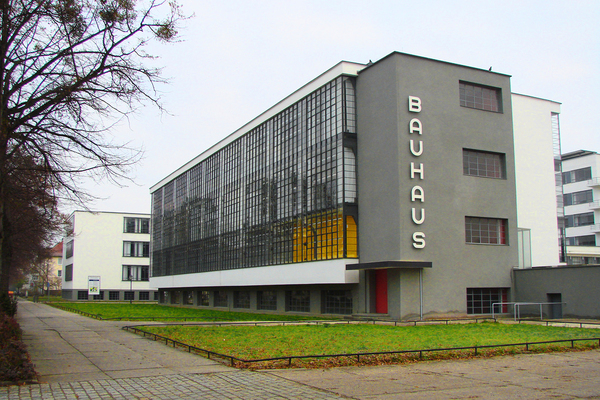 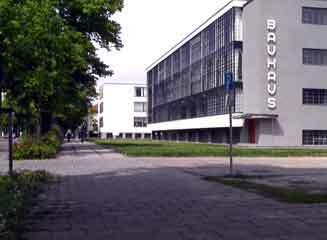 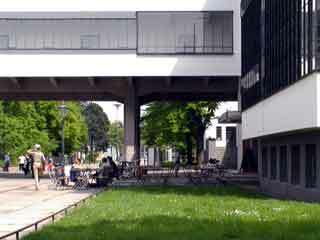 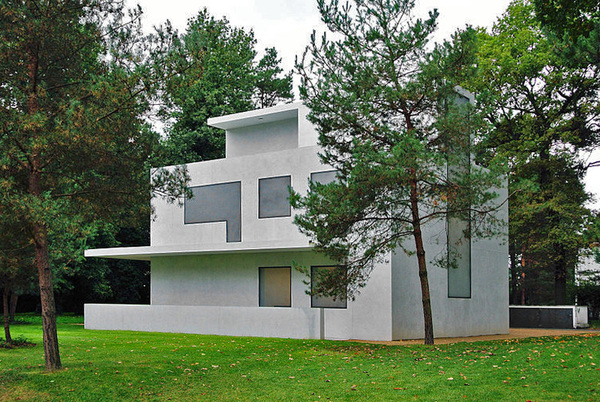 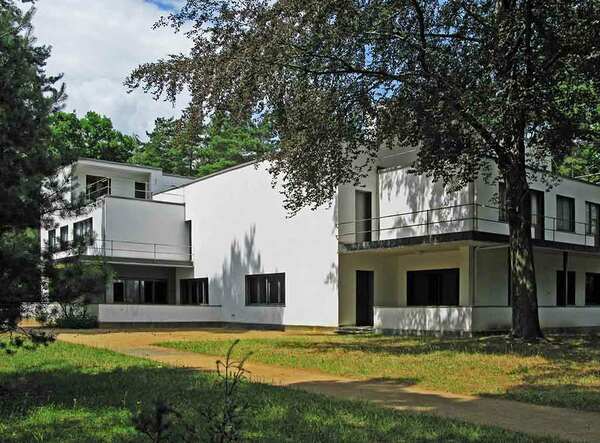