Modernist principles were used to create a large forest (bos) park near Amsterdam. The plan, which can be viewed as an abstract painting, was the work of two architects (C van Esteren and J H Mulder), influenced by a biologist (Dr J P Thijsse) on the public works committee which controlled the project. Van Esteren was a president of CIAM, the International Congress of Modern Architecture. The land on which the park was created had been reclaimed from the sea. This made ecological considerations important. The Bos Park was the first major project on which an ecological approach was used. J P Thijsse used native plants to make a flower garden in Amstelveen on the edge of the Bos Park. In the main park, the 'form follows function' principle was used in several ways: native plants assisted the process of land reclamation; lakes, ponds, streams and ditches were part of the land drainage system; the form of the spaces was led by their use for a wide range of recreational activities. The plan therefore contains biological patterns, resulting from hydrological and ecological processes, and artificial patterns which derive from functional activities (rowing, sport, walking, cycling etc.). Visitors can hire bicycles at the main entrance from Van Nijenrodeweg, marked by an arrow on the accompanying plan. The Amsterdam Bos has an area of 935  hectares and attracts between 4 and 5 million visits/year. It was designed in the 1930s, partly as an unemployment relief project, under the overall direction of Cornelis van Eesteren who was president of CIAM (the  Congrès International d'Architecture Moderne). Eesteren worked with the landscape architect Jacopa Mulder. A report was submitted in 1931 and work on site began in 1934. The design of the Bos Park is the first great example of applying the modernist 'form follows function' theory to landscape architecture. 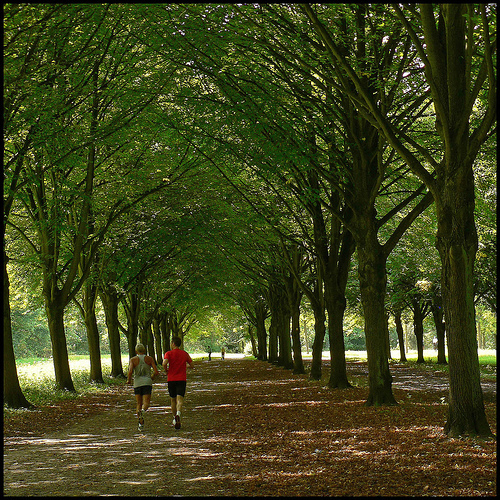 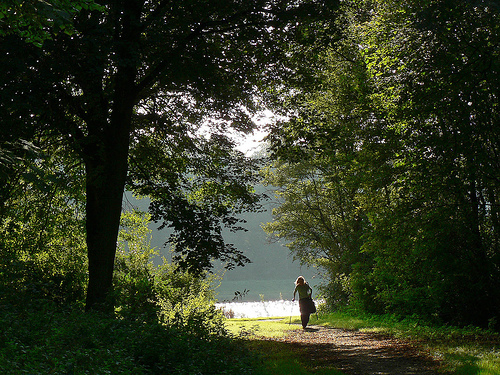 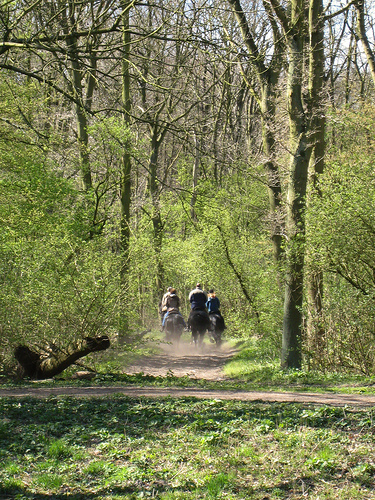