Hotel Quinta Splendida is an 18th century manor house built by the Jesuits and a star is still visible on one side of the house (the property used to be called Quinta Estrela). The hotel is set in 8 acres of subtropical botanical gardens. Fortunato Joaquim Figueira, Baron of Conceição bought the property around 1868 and began planting the botanic garden. It is the only hotel on Madeira set in a botanical garden (officially recognised by the Madeira Government). The gardens include over 1000 plants (650 of which are labelled) and an orchid nursery. The grounds also include a heated outdoor swimming pool with a pool bar serving lunch, snacks and drinks. The hotel offers a weekly free guided tour of the hotel garden to hotel guests. Accommodation is in twin/double rooms in the manor house and studios and one and two bedroom apartments in cottages around the garden. Much of the food served in the hotel's restaurant, La Perla, is organicially grown in the hotel's gardens. Hotel Quinta Splendida is 7km from the centre of Funchal and 8 km from the airport. Gardens to visit while staying at Hotel Quinta Splendida include Quinta do Palheiro Ferreiro, Jardim Tropical da Quinta do Monte Palace, Jardim Botanico da Madeira, Quinta da Boa Vista and Quinta da Palmeira. 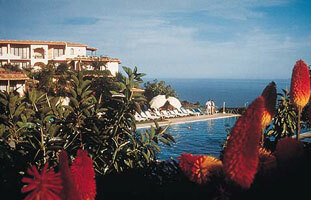