A 15 acre garden developed since the 1870s. There is a gazebo, lake, bridges and interesting trees notable for rarity and size. Woodlands is rated as a Garden of Regional Significance by the NZ Gardens Trust. 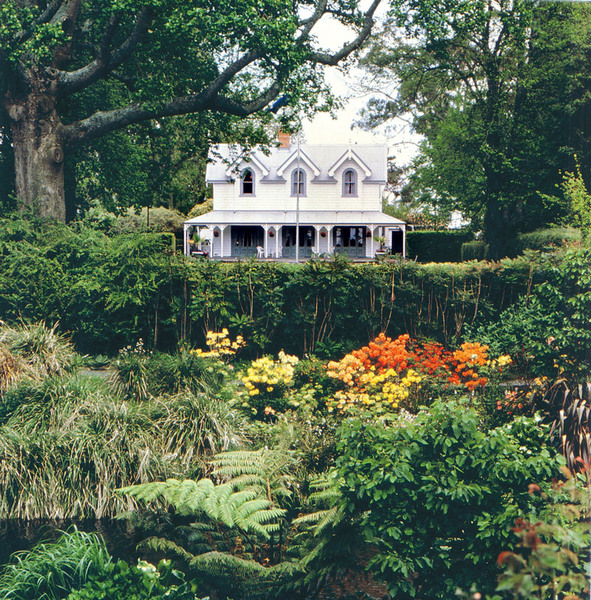 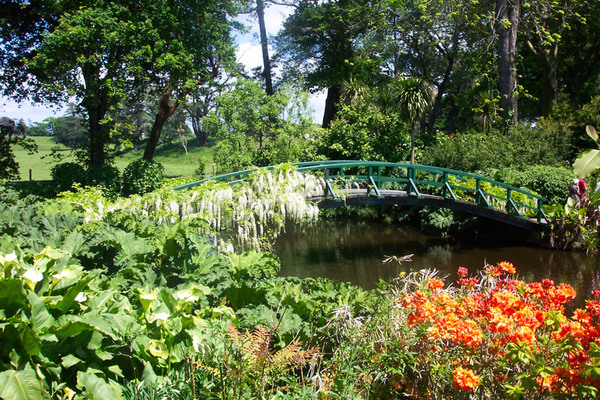 Woodlands Estate boasts one of the region’s most impressive colonial homesteads and some of Waikato’s finest trees, several of national interest. It is hard to decide which is more impressive – the homestead or the grounds, but annually thousands of visitors flock to tour the lovingly restored estate and its lush gardens. Built between 1872 and 1875, the kauri homestead still retains some of its original weatherboards and roof iron.
Woodlands is more than a range of beautiful gardens. Prominent dormer windows and a wrap-around verandah overlook the grounds, laden with exotic plants and reputedly among some of the largest tulip, london plane and gum trees in New Zealand also dating back to the early 1870s with many Camellia trees on site.
Woodlands has a New Zealand Gardens Trust rating of a 'Garden of Regional Significance' while the Homestead has an A classification with New Zealand Historic Places Trust, recognising it as one of the few remaining buildings of its era in the region. The eight hectares (15 acres) includes several trees of National Significance.
Woodlands also takes it place in history of one of the largest private reclamation projects of its time. Incorporating part of the Piako swamp, by 1902 roughly 11,000 hectares of swamp was converted into pasture, running 40,000 sheep and 3000 head of cattle.
Woodlands Estate is overseen by a Trust, including ancestors of the second private owners James and Mary Riddell. The first private owner being Thomas Stone who purchased 17,500 acres in 1902.
The original 98,000-acre estate is also noted for its connections with first Manager Henry Reynolds (pioneer in factory-made butter and founder of the renowned Anchor brand) and with second Manager John Gordon, in whose honour the surrounding district of Gordonton was named.
Today the remaining eight hectare estate is owned by Waikato District Council and is an increasingly sought after venue by tourists and locals.