President George Washington purchased the land for what is now the South Lawn of the White House. John Adams commissioned a garden and Thomas Jefferson had it redesigned, along the lines of his own estate at Monticello, as an English parkland with groves of trees and a flower garden. John Quincy Adams developed the flower garden and began the planting of ornamental trees. Edith Roosevelt commissioned a colonial garden, in 1902, and it was made into the present Rose Garden, in 1913, by Woodrow Wilson’s wife, Ellen. She also asked a landscape architect, Beatrix Farrand, to design the East Side of the White House garden. Franklin D. Roosevelt commissioned Olmsted Brothers ( Frederick Law Olmsted, Junior) in 1935, to redesign the gardens and his plan survives. John F. Kennedy had the Rose Garden redesigned for ceremonial use. No other head of state has an official residence with such an excellent representation of the country's leading landscape and garden designers. 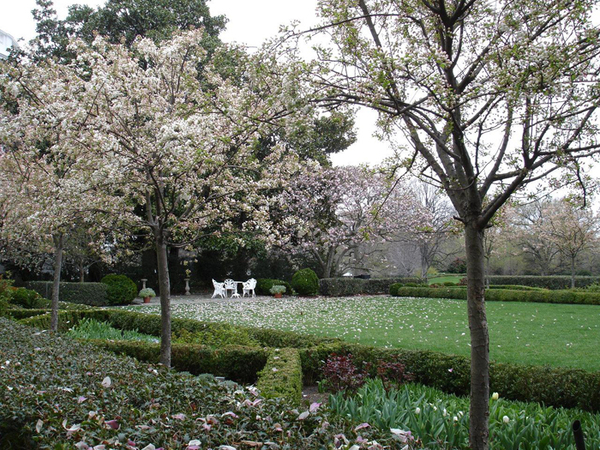 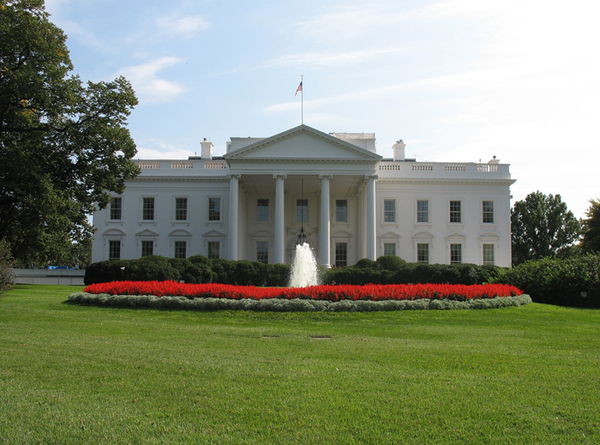