The citadel of Tiryns stands on a rocky outcrop 25m above an agricultural plain on the coast of the Argolid district, now separated from the sea by some 2 km of reclaimed marshland. The rock was occupied by the 3rd century BC. Homer wrote of 'wall-girt Tiryens' and Pausanias compared its walls with the pyramids of Egypt. To our eyes it is not so large. The city fell c1125 and was excavated by Schliemann after 1884. A ramp on the east side of the fortress leads to an entrance gate, which compares with the Lion Gate at Mycenae, and into a forecourt and then an inner court with an alter. The Megaron palace opened onto this court. To the north of the palace complex is an additional fortified area which was a residential district. For the garden historian, Tiryns is a good place to reflect on two of the kinds of 'garden' space described by Homer (1) paved palace courtyards, containing an alter and, perhaps, some plants in pots (2) horticultural gardens at the outside the palace walls, though this land is now occupied either by grassland maintained by the department of archaeology or orange groves in private ownership. 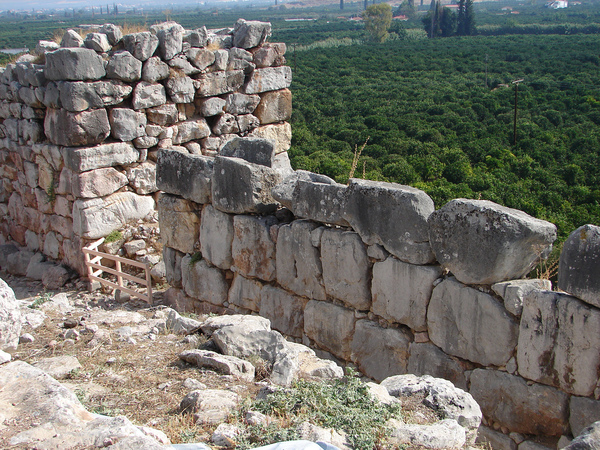 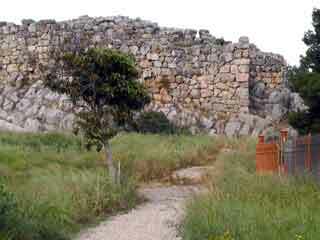